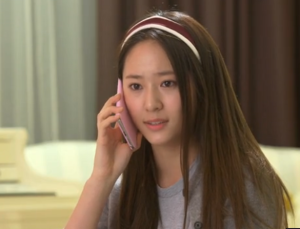 “Don’t listen to him. Catch a cold!” has got to be my favorite line from Heirs so far; it’s no surprise that Lee Bo-na has turned into a viewer favorite.

Lee Bo-na has become more than just comedic relief — she’s surfaced as one of the few characters with personal growth. Her budding friendship with Eun-sang has become something many look forward to, myself included.

And while we’re on the topic of growth, Kim Tan has also (finally!) shown some character growth — he takes a stand and decides to embrace his lineage. Outing himself as an illegitimate child was both reckless and immensely satisfying.

It’s satisfying because we get to see him take control rise from allowing everyone to dictate his life for him. However, this appears to be reckless move because his actions are going to cause a wave of new problems for him and his mother. As Rachel had pointed out last week, their engagement had been a business deal between two companies.

But in a way, I like that there are consequences to this. It makes it seem as if there is an actual plot to Heirs. Watching Kim Tan navigate through his upcoming problems will be way more interesting than watching him mope around and stare at Eun-sang. 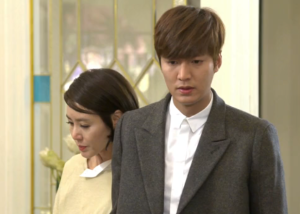 And speaking of Kim Tan and Eun-sang, if they’re going to get together, they need to do it already. I understand the tragedies of the situation but I feel that the same issue has been repeatedly rehashed. Watching them overcome there obstacles together, for a change, would be highly appreciated.

Heirs is obviously trying to create parallels between Kim Tan and Eun-sang’s ties and Kim Won and Hyun-joo’s relationship, but at times, their linearities have come off too forced.

These episodes, however, have managed to make both relationships relevant and even somewhat interesting. In particular, the scene between Kim Tan and Hyun-joo has been emotionally provoking; I hope the two get to interact more further down the road.

There’s so much more to explore with different character pairings and it’s a shame Heirs hasn’t capitalized on this. Some of the most interesting scenes have come about with the pairings of two unlikely characters — examples are: Kim Tan/Hyun-joo and/or Rachel/Kim Won.

Episodes 11 and 12 have pulled Heirs out of the slump it had been in, but it remains to be seen if more interesting events will continue to unfold, or if Heirs will return to having no plot. While I still don’t think Heirs is a great show, I think these two episodes have demonstrated that Heirs can be decent if it continues upon its current path — I just wish it hadn’t taken such a long time.

Stray observation of the week: How do they have enough rich kids to populate that school?

Should Kim Tan have told Rachel his secret beforehand? How will this play out? Let us know in the comments below!