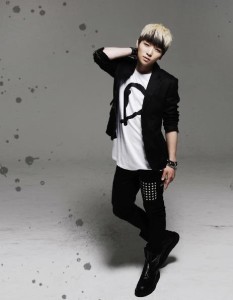 Originally planned as a duo, the somewhat unfortunately named group AlphaBAT has since transformed into a nine member hip-hop inspired boy group. The members include a model from the brand Boy London, the brother of Teen Top’s Ricky, and a former SM Entertainment trainee. If that weren’t enough to entice you, they also gave all the members stage names inspired by the Greek alphabet – ok, maybe that isn’t really an enticement. The company was obviously trying to achieve both quality and originality with their member choices and odd name concept, but sadly the MV didn’t quite embody those goals.

The most prominent first impression I had of this song and MV was how strange the combination of the rap verses and the aegyo alphabet song was. One cute member does not an aegyo concept make. Nor does “hip-hop” fashion make you a rap group. If they really wanted to do a combined concept they should have done fifty-fifty instead of eighty percent hip-hop and twenty percent cute. Since they didn’t really commit to a concept wholeheartedly the MV comes across as bland because, unfortunately, the alphabet is not a sufficient concept on its own.

Speaking of the use of the alphabet, perhaps the whole alphabet concept comes off as particularly childish and uncool to American audiences due to its association with a pre-school song. Trying to see it from the perspective of the Korean audience, it seems that the trend of using English words to achieve that “cool” factor could carry over to using the individual letters as well – or at least maybe that’s what the company was thinking. Even if that is the case, though, and Korean audiences like the song and MV, I just don’t see this concept hitting it big with the Western international audience. It is obvious from the online response that to many viewers the letters covering everything on the set and the children’s song hook are simply coming across as corny. 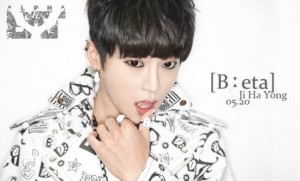 Alphabet theme aside, the rest of the song and MV don’t fare any better. The song is boring — no fault of the group themselves – and doesn’t help any of the members stand out talent wise. The MV follows a similar vein, no real climax and no real spotlight put on any one member. With more and more large groups coming out there isn’t room for a lack of charisma and individuality. What I’m looking for in a new group is a member to grab my attention, for any reason, to get me interested in the group as a whole, but “AB City” didn’t let any of them shine to their full potential – or at least I hope the MV is the issue here.

Speaking of individuality, it’s obvious that the director was trying to follow the recent trends in K-pop with this MV, but making a cookie-cutter copy of the other “hip-hop” MVs by boy bands this year isn’t the best way to get fans nowadays. I don’t know what flashing random objects has to do with hip-hop, but it has become a favored MV component starting back when BAP released “No Mercy” with its seemingly random objects flashed throughout. Additionally, the flashing of English words on the screen was just used in an MV by none other than BTS, the most heavily marketed “hip-hop” rookie group this year. 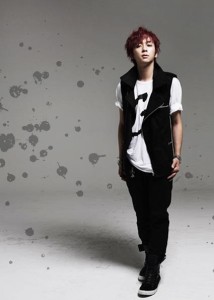 If that weren’t enough, the fashion is just a cop-paste of what currently qualifies as hip-hop fashion in K-pop MVs. Once again, you could basically put BTS and AlphaBAT city next to each other and you wouldn’t be able to tell which members belonged to which group by stage outfits. Of course, using the “in” brands is important, but some originality in the dress of a group goes a huge way in distinguishing them from others. SHINee may look ridiculous sometimes but at least everyone knows them for their fashion – you can’t mention tight pastel pants without thinking of them.

AlphaBAT isn’t a lost cause, but they will need much better content if they are going to prove that. With all of the strong rookies in the last couple of years this kind of debut MV is a serious concern when it comes to future popularity. The singing, rapping, and dancing were all passable but none of them actually stood out. “AB City” was basically the definition of mediocre, which is not a good tone to set for a debut. Hopefully the members of the group and their company will learn from this and will come up with a better, more defined, concept for their next promotion. There is also still hope for their stage presences making up for the MV, so if they struck a chord with you watching their music shows may be a good way to determine how talented they really are and whether you want to give them a second chance.