Shinee’s Back (For The Umpteenth Time This Year) 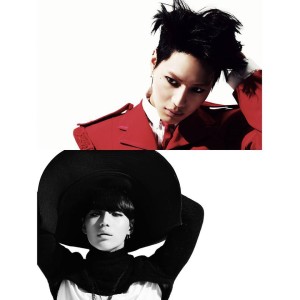 As SM Entertainment’s (unofficial) flagship boy band this year, given how EXO are still coming up and with parts of Super Junior on government-mandated hiatuses (or touring and playing old favourites), it has come as no surprise that SHINee have been given a large number of releases for the year.

Hence it has come as almost no surprise that October would be another busy month for the five guys, with them getting a mini-album to hopefully round out their working year.

While the extended play would certainly not be on the same scale (in terms of production and promotion efforts), it still begs the question of how much SHINee we need in a year. After all, it was not as if the “Misconceptions” concept was exactly lacking in mileage, given how they managed to extract two albums worth of material (and decent ones at that) from it.

Add to that a reasonable run in Japan, and it could be safe to say that SHINee have done good for the year, which also makes us wonder how much value there is in SHINee promoting almost all year round. What happened to all the girl groups in the SM stable? Or even the languishing solo artistes?

Anyway, less of the speculation and more of the discussion of the concept. From the concept photos of Taemin seen so far, what we are seeing is a more masculine and sophisticated artistic direction, and possibly the most subdued form of SHINee as we know it.

In the meantime, here’s a recent release from them, and please leave your thoughts on yet another comeback from them.