Understanding Summer Singles, And The Idiot’s Guide to Creating Them 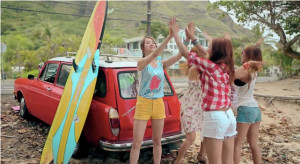 Quick, quick, name one annual release that is as obligatory as it gets — and no, it is not a Christmas single/album! If you answered “summer single,” then we are both on the same track.

It’s the time of the year when temperatures rise, and with it, the sales figures of summer singles, and the number of acts releasing one. This year we have a Korean release by Secret, and Japanese releases by SNSD and DBSK. The past years have also seen successes by F(x) and Sistar, proving that the summer single is not exactly a new concept.

While I think that these songs are blatant money grabs and make for good excuses to engage in clichés, I would admit to them being great guilty pleasures for me.

So what makes them tick? While we could go into great detail about the small details, the one thing they all have in common is that they sell you a fantasy. To be honest, summer always looks better in the music video. Here’s a quick breakdown to further prove my point.

Summer In Any Music Video:

– Really good looking people who also seem to be able to flawlessly pull off that floral shirt/bright coloured pants look.

– There will be a convertible.

– There will a really beautiful shot of the beach, as well as obligatory glorification of the sun and sand.

– You spend half your waking hours sweating into your polo tee, and the other half huddled near a fan or in search of anything to 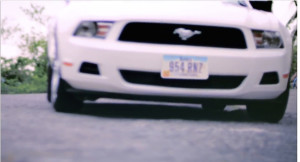 cool you down (drinks or ice-cream)

– You are so going to look like a tourist/walking fashion disaster wearing a floral print shirt.

– The heat seems to make most people around you  cranky.

– Most of our driving will be done with the windows firmly shut and the A/C up.

– And finally, the apartments/houses we live in do glorify the sun. Unfortunately, in this case, it is the heat that is being glorified, with all that concrete trapping it inside.

With our summers being such bleak realities, it would come as no surprise most of us use the music videos to try to transport ourselves to a more pleasant fantasy.

What about the song and the dances that accompany them? They always end up being positive, chipper tunes that talk about the feelings of puppy love, or how the summer is so unbearable it is great — or come to think of it, just plain fantasy.

Happily, there is a way to make lemonade out of lemons. In the space of writing this article, I have managed to conceptualise my own summer single, packed full of all the things you would want from it. If performed by the right group, the whole thing would be a smashing success. 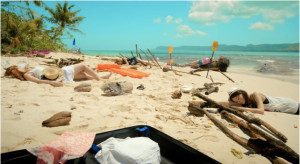 Song lyrics to get started: Sun, sand sea, happy time to party/ My shyness is keeping me away from you/ How charming you are in that floral shirt/ Get that sunblock all over me/ The overwhelming heat finally gave me the strength to confess

– Bonus points will be given for well inserted ad-libs, like “whoo hoo!”, “yahoo!” or just good old “wooo.” After all, what says fun better than sounding fun.

– There will be a plot that tries to get our girl group onto a beach, no matter how far-fetched or clichéd it is.

– Extra points will be given for shooting in exotic locations (by Korean standards), such as Guam, Hawaii and Phuket.

– In order to justify the budget, there must be a few good panoramic shots of the scenery, or the beach, or even the locals.

– Said girl group will frolick on the sand and somehow not look clumsy doing so. In fact, they would do great in busting a dance move or two.

– There would be a load of clichés thrown in just for the fun of it, like eating ice cream, extras dressed like tourists and of course, a 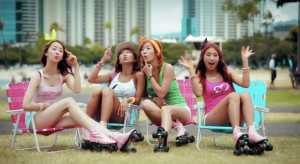 – Of course, one could not forget about the eye candy, so that means our girl group members will be wearing tank tops or (for those feeling brave) a bikini or two. To appease all those who believe in gender equality, there will be a cameo or two by some buff boyband members, who would do us all a service by appearing topless half the time.

As you can see, this concept has pretty much hit the ground running and nails all the key points of a summer video. Now all I just need is the funding and anybody kind enough would enjoy a split of the royalties we can be expected to drown in from the sheer success of this single!