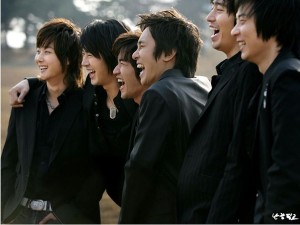 First generation  idol group Shinhwa has found themselves at the center of controversy this week due to what many have complained was offensive and inappropriate content that aired on a recent episode of Shinhwa Broadcast. While the variety show is famous for featuring all manner of shenanigans, the abusive treatment of Andy — who was, over the course of the episode, kidnapped by the so-called “Infinity Girls” (Kim Shin-young, Shin Bong-sun, Song Eun-yi, Baek Bo-ram, Kim Sook, and Hwangbo), tied up, subjected to repeated groping and forced kisses, blindfolded, and made to walk into objects that would purposely hit him in his rather sensitive nether regions, did not sit well with its audience. Viewers of the show took to the internet to express their discomfort with the show’s cavalier approach to Andy’s apparent sexual harassment, particularly because the show was deliberately scheduled into an early time slot so that families (and ostensibly young children) could watch it. A number of fans have also pointed out that the offending content would have earned much, much more backlash had the gender roles been reversed and a female celebrity been made the victim of such treatment.

Producers of the show have responded with the usual drivel proffered whenever something in the world of K-entertainment is criticized as being blatantly offensive to pretty much everyone but those involved in its creation (i.e. “We never in a million years dreamed that our obviously sexually inappropriate content would be considered inappropriate! We are just so sorry, it’ll never happen again!”) and blamed the show’s poor rapport with viewing audiences on the way it was edited rather than the way it was scripted. It remains to be seen whether Shinhwa Broadcast will take a bit of a rating’s hit in the next few weeks or if fans will readily forgive in exchange for less distasteful plot lines.

In an ideal world, there would be no reason to have to criticize Shinhwa Broadcast‘s portrayal of what I think we can safely say is sexual assault by pointing out that it would be worse if it was done to a woman; people would simply recognize the treatment of Andy as a highly inappropriate and disrespectful way to treat any human being and that would be that. But unfortunately, the fact that Andy is male inevitably colors the way the episode has been perceived, and people are less likely to treat the portrayal of sexual misconduct as problematic. 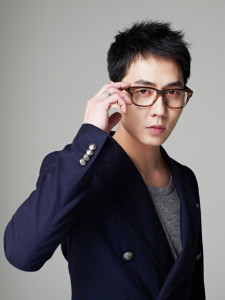 That being said, however, precedent leads me to believe that people are upset about Andy’s mistreatment not because they’re angry that he was sexually assaulted on television for comedic effect, but rather because they’re angry to see a man becoming so grossly emasculated on television for comedic effect. In other words, people don’t care that male sexual assault (which happens all too frequently) isn’t getting the same degree of attention as is female sexual assault — they just care that a man is being subject to the same degree of humiliation that is normally reserved for women. And that isn’t okay.

As someone who spills an awful lot of proverbial ink (the grand majority of which, in my humble opinion, is completely warranted) over the unfair portrayal and treatment of women in the Korean entertainment industry vis a vis men, I am often asked by both friends and readers to account for it whenever a male idol is treated as a sexual object. Why, they ask me, is it such a big deal when men express their excitement (ahem) over a Hyuna music video, but no one says a peep when female fans leave comments like “my ovaries just exploded” or “impregnate me, Taecyeon!” on a shirtless photo of 2PM? Are not both instances a form of purely sexual objectification? The answer, of course, is yes — much the same way that discrimination based on race can happen against both white people and people of color. The problem, however, is that societally, female objectification is a real problem that reinforces gender-based stereotypes and actively conspires to threaten women or make them feel unsafe. Male objectification doesn’t manifest itself to such a degree, nor does it have such serious societal implications for men in general.

There is no room for debate here — women are the weaker sex in pretty much every country on the planet, and societal structure usually means men are more than capable of dwarfing women in every imaginable category, from success in the workplace to a greater wage for equal work. Additionally, there’s the ever present concern of physical harm for women that men often do not have need to experience. Men don’t generally walk around at night in fear of sexual violence; if a woman catcalls a man on the street from her car window, he generally doesn’t have to fear physical repercussion if he should retaliate. 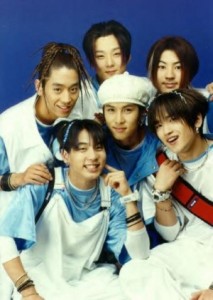 Just as how there can be no true form of “reverse racism” because white/fair skinned people hold a dominant position in many societies (the US and South Korea included), there can really be no true form of reverse sexism. Though sexual objectification and discrimination are universal and race/gender blinds experiences (just ask Jon Hamm), the institutional contexts in which they occur lend themselves to extremely different realities (as a man, Jon Hamm apparently thought himself immune to objectification, because hey, it’s not like he’s got breasts like a woman or anything).

To drive the point home, let’s turn back to Andy. What happened to him on Shinhwa Broadcast was most definitely inappropriate and constitutes the portrayal of sexual assault. However, it was pretty unrealistic — getting kidnapped by a bunch of women is not necessarily something that men who aren’t on a variety show have to worry about too much. Therefore, complaining that the show could not possibly have gotten away with it had Andy been a woman is a poor way of expressing disappointment with the decision to go ahead with this plot line; it really just makes me think that viewers are disgusted with seeing a man getting treated the way that women do — as objects of sexual ridicule.

If you don’t like what happened to Andy, don’t whine about women. Whine about the fact that the world (all of it, not just Korea) is still a place where it’s apparently considered somewhat appropriate to cavalierly televise the sexual assault of any individual.