MBLAQ to Hold Concert in Mexico City on August 8th 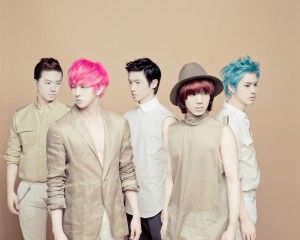 Latin America has been getting particular attention from K-pop in the last year or so. Cube Entertainment‘s United Cube concert made a stop in Brazil. JYJ‘s Junsu had a solo concert in Mexico. KBS Music Bank took a turn in Chile as part of its world tour. Super Junior‘s Super Show 5 paid extra attention to South America, stopping in Brazil, Argentina, Chile, and Peru. U-KISS is heading to Mexico later this June. The most recent addition to that list is MBLAQ!

MBLAQ’s first time in Mexico will be for their concert at Mexico City’s Pepsi Center on August 8th. The information was delivered through Arirang TV‘s YouTube channel, kindly uploaded with Spanish subtitles for the intended audience.

So how about it, A+ in Mexico? And, really, A+ around the world if MBLAQ is slowly boosting their international promotions?