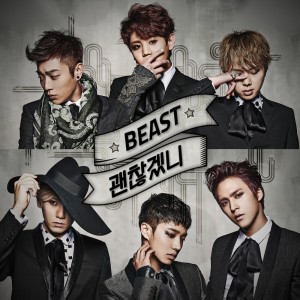 Welcome back to another Best of Weekly Music Shows, everyone!

No one act dominated the winnings this week, which made for a refreshing change. Lee Hyori finished her music promotions last week, but that didn’t stop her from taking out Music Bank, while Shinhwa, who the music shows had enjoyed pitting against their contemporary, also obtained a trophy from Show! Champion. Meanwhile, CL received her first solo award on Inkigayo and Beast amazingly won Music Core with their pre-release track “Will You Be Alright.”Mnet broadcast this year’s Dream Concert in place of M! Countdown. 4Minute and B1A4 held their goodbye stages, while Rainbow, Skarf and MBLAQ made comebacks; and new group Boys’ Republic made their first round of the live performance circuit, but the debut of the week was, of course, Henry with “Trap.”

Here are some of my picks of this week’s performances: were they yours, too?

Though Henry’s Music Core outfit was waaaay better and MBC’s camerawork was more adept keeping the focus on the new soloist, there is no going past this Inki stage. A lot of people believed Henry to be lip syncing on Music Bank (including yours truly), but we were all proven wrong. The vocals have been steadily improving since, and I will readily say that I prefer this live version of “Trap” to the recorded; Henry’s vocals are still nasally, but there isn’t as much shrillness and overall his voice sounds stronger; this upward trajectory has me hopeful for even better singing to come.

More live singing! The backtrack is still pretty loud, but the members’ voices can be heard. In all honesty, their Music Core performance was better vocally, but one brush with World Star Hip Hop is enough for me, thanks. One thing I have to say, though: the “Sherlock” choreography was exciting, but Tony Testa‘s work with SM has been on a decline since. He has this storytelling style that is very literal, and coupling that with a particularly cheesy song like “Wolf” (pun intended) is not a pretty look. The choreography during the bridge is also impractical, with all the cumbersome to-ing and fro-ing and those accursed “trees.” And don’t even get me started on that dance part in the second verse following Lay‘s line.

No-one’s confusing Nine Muses with a certain LA gang, but one may have thought they’d suddenly stumbled upon McDonald‘s, with all the yellow in the background. Though “Dolls” wasn’t a personal favourite, Nine Muses have been doing very well for themselves by continuing their upward trajectory starting with “News” and “Ticket.” Their Inkigayo stage is prettier, but the members’ voices are the highlights here.

My favourite thing about this whole comeback has been So-hyun. “What’s Your Name?” has that playful vibe, and So-hyun has been the member who has embodied that vibe the most during live performances. Being the maknae could be the reason for this, as she’s in a position to make the most out of the maknae traits assigned to her and wield them to her advantage. The group decided to ditch the neon and street clothing for sportier outfits in block primary colours — one of their best stylings for this comeback — with So-hyun’s foam hand being the cherry on top.

Having skipped out on listening to their albums, I’d never heard a VIXX ballad before; but then I chanced upon this performance. Vixx have been getting more and more dramatic with each release, and while I don’t mind that in the least, it was really refreshing to see this kind of simple, stripped back performance from them. There’s always room for improvement, and the sound mixing leaves a lot to be desired, but the members sound good (including Ravi, who thankfully gets a singing line in place of what would have been an awkward rap).

“Do you wanna sexy beat?” I have no idea how one goes about that, but this performance has me pretty close to saying “yes.” “Sexy Beat” was succinct and this stage was presented cleanly, which matched the song well. Still not into Thunder’s pink hair, but Mir looks very nice with his haircut. Most of all, it’s really great to see MBLAQ promote something more chill. My only fear is that performances may become ho hum after a while, and I hope MBLAQ will be able to maintain their momentum because this is a pretty sweet song.

Ivy kicked off her promotions for new album I Dance with a performance on the latest episode of SNL Korea. The song is great and made better by Ivy’s stellar vocals; I think I will forever be in awe of her stamina. As for Yubin, her rap wasn’t very impressive but she did better with her English verse at the end; hopefully she tones down the emotion to focus more on her flow.