Side B: Appreciating B.A.P's Emotional Ballads 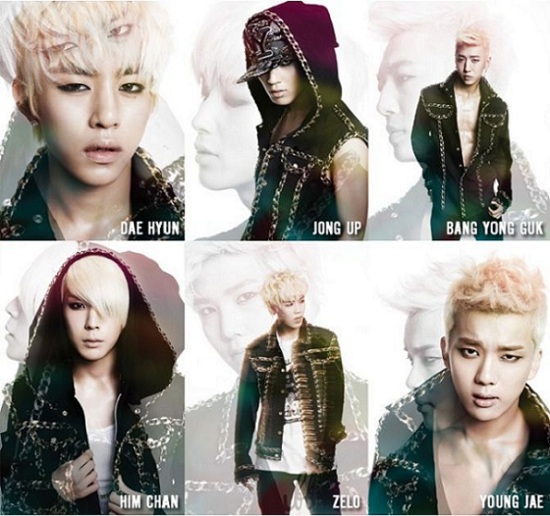 One of the top rookies of 2012, B.A.P impressed with their intense and masculine debut. After “Warrior” came “Power,” and then “No Mercy.” They became known as the hip-hop-influenced tough guys of the industry, but that didn’t stop them from trying out a softer image as well.

Their next round of promotions, that included “Crash,” “Stop It,” and “Rain Sound,” generated criticism from many fans of B.A.P’s original tough image. Although these songs were seen as a huge image switch by some people, it wasn’t actually the first time B.A.P had gone the more emotional route.

Despite their hard-core, full-on single tracks, B.A.P’s EPs have always include at least one ballad. Ballads are a tricky song style to pull off without getting overly dramatic or painfully boring, but the combination of emotional lyrics, catchy melodies, and B.A.P’s unique energy has helped their ballads stand out among the crowed. Each song is broken up by a rap section, which keeps the traditional ballad format from getting tedious, and with vocalists like Daehyun and Youngjae, it only makes sense that the group’s EPs would include some songs that showcase their specific talents. Without further ado, here are B.A.P’s ballad b-sides.

“Secret Love,” the ballad track off Warrior, is probably the best known of B.A.P’s slow songs as they’d delivered an unofficial MV for it on their debut TV show; the clip also featured Secret’s Jieun. The song is about being in love with someone but not being able to make your love known to the public. The Latin sounding acoustic guitar in the background gives the song an emotional feel that you don’t get from songs with a lot of heavy synth. Not only are the instrumentals enticing, the rapping and melodic singing also create a cohesive whole, which is important in a group that relies so heavily on rap members for their title tracks. Something about how the verses seamlessly shift into the chorus, and the background exclamation of “oh,” makes this song addictive as well as emotion-inducing.

“It’s All Lies,” from Power, is a particularly sensitive one, and a personal favorite of mine. The lyrics tell the story of a guy who wants to get back together with his past love. The song is a humble confession begging for a second chance, as he can’t seem to forget about her. From the lyrics, to the melody, to the vocal execution, this ballad ranks at the top of the list of emotionally expressive songs. The strong musical beat prior to the chorus hits right at the heart; what follows is the lilting composition of lyrics and Daehyun and Youngjae’s voices, which are enough to make the most stoic person cry (and does, if accounts of Daehyun singing this live are true). Although the instrumentals in this song are fairly typical of the ballad genre — guitar and slow drums — it’s how the singing is executed that makes this song special.

With lyrics of personal struggles, “Goodbye,” from No Mercy, comes from a slightly different place than most ballads. Despite having heartfelt, slow-paced, verses common of melodic ballads, the song clearly plays out as a rock ballad in the chorus. The lyrics talk about depression, sadness, and overcoming difficulties by never quitting. Overall, the song comes across as a little corny because of the dramatic piano that leads into the epic guitar and drums of the chorus, but the style of performance used for the singing and rapping helps maintain enough gravity for the song to be taken seriously. Although not a favorite of mine, it does have a good message and is worth a listen.

“What My Heart Tells Me To Do” is the most stereotypical of B.A.P’s ballads. Also off No Mercy, it sounds like it should be on the original soundtrack of a depressing TV drama. The song is about breaking up; the guy in question doesn’t return the romantic feelings of this girl as he feels unworthy of her. If you’re a fan of K-pop ballads, then you’re likely to enjoy this song. Youngjae’s voice fits this style of song perfectly and he executes his solo moments with just the right amount of vibrato, and Daehyun carries the chorus with his powerful high notes. This tune would’ve stood on its own without the rap sections, but since this is B.A.P we are talking about, that simply isn’t an option. There isn’t anything particularly innovative about “What My Heart Tells Me To Do,” but it’s performed perfectly and makes an excellent example of B.A.P’s vocal flexibilities.

“Happy Birthday,” off Stop It, is a one of those sickeningly sweet ballads about harmonious love, and nothing more. Basically a birthday love confession, this song is probably B.A.P’s most sappy b-side and requires the right mood to be appreciated. The melody is slow, sweet, and involves lots of background oooo-ing and ahhh-ing, as is expected from a romantic ballad. There is also the occasional random raindrop sound, which is the one part of the song they could have left out as it serves no purpose, distracting from the vocals in a negative way. It isn’t an overly exciting track but it does its job of being feel-good. Also, who can resist Zelo’s kissy sound effects and mellower rap?

B.A.P has never been a one-trick pony, as these b-sides prove, and people shouldn’t expect them to be. Their execution of ballads, cute songs, and tough-guy tracks are all equally stellar and the group’s ability to be more than one-dimensional is an important strength in the K-pop industry. With rumors of their first full album bouncing around the internet, possibly accompanied with a new MV, I look forward to adding their newest ballad releases to this collection.

Seoulmates, did you like this edition? Do you have any recommendations for us? Leave them in the comments below!