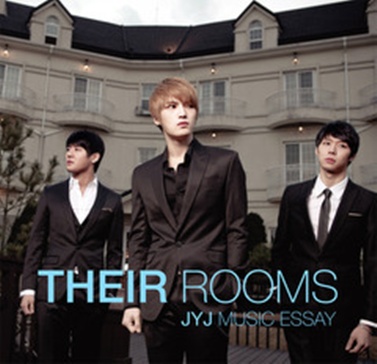 Shantelle recently wrote an article about how “idols” make the grand leap to “artists,”  where she discussed not only who had earned this designation of “artist,” but how it came about. However, I would like to take a somewhat different spin on the issue by countering that these labels are rather contrived, and that in reality, no real distinction between “idol” and “artist” should exist.

My reasoning for this boils down as follows — in the practical world, no one actually knows what words “artist” and “idol” mean within the context of K-pop. A consequence of this is the realization that, more often than not, when we use a particular label, we are trying verbalize a perception we have of the person or group, not state what they actually are using the definition associated with that label. Since this labeling system has become quasi-arbitrary, and ambiguous by extension, absolute distinction between the two becomes obsolete.

As a result of the general populace not coming to terms with these facts, fan-war escalates in the faction of the K-pop Battleground I dub “fighting over fabricated superiority.” Actually, this kind of fan-war is quite commonplace in the international community in particular, especially within the fan-groups of the fan-proclaimed “real artists” of K-Pop. If we are to believe that there are supposedly “real artists,” the follow-up question is clearly “who then are the ‘non-real artists?'” If you can find someone who is actually able to answer that, please let me know — provided that they actually survived the impending internet guillotine. 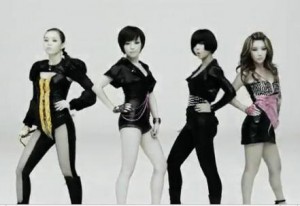 This “idol” versus “artist” conundrum actually captures a breadth of K-pop issues, one of which Mark discussed, and another, in regards to musical structure, that I briefly looked into. However, in order to maintain the sanity of all of us here, this particular discussion is going to be limited to the problems associated with the label itself; in other words, the issues that come up when people use the words “idol” and “artist.”

We should first begin with the word “idol,” the most common identifier for the vast majority of people who sing in K-pop. There are various permutations of the word that provide a bit more specificity, like “A-dol,” for groups like the Brown Eyed Girls, but let us focus on the word “idol” on its own. If we’re going to be very denotative about this, it’s only appropriate to use the royalty of all English dictionaries to find what “idol” means—the Oxford English Dictionary.

I’ll save the first definition for Indian Actors (Don’t believe me? Ask Gaya) and use the second one. An “idol” is someone who is “greatly admired, loved, or revered.” With that kind of definition, I would be very proud to be known as an idol (I don’t know about Sooyoung though), as being someone who is greatly admired is truly a privilege. However, as most of us who follow K-pop know, the label “idol” is not always a positive one.  A common insult that I see thrown around is “X person is just an idol, who has no talent.” First of all, where in the definition does it say that the idol has to have  talent, and secondly, why would you specifically call someone an idol if you don’t actually admire him/her? 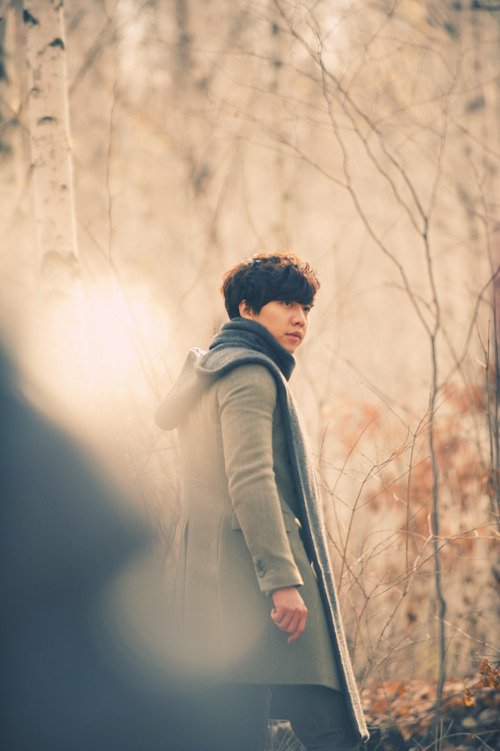 Okay, so I’m speaking somewhat tongue in cheek, but this does bring up a good point. K-pop has taken the word “idol” and has given it a new meaning, beyond just connotation. “Idol” has come to mean something along the lines of someone who sings in K-pop, and works under a entertainment company. The only problem is that this definition just included 90% of the people out there in the Korean Music Industry as a whole. So as an extra stipulation, we can say that they perform on Music Shows, and have to have some sort of dance involved.

However, this definition is extremely vague. Take Davichi and Lee Seung-gi who obviously sing “K-pop,” (at least to what we generally define K-pop as), and work under an entertainment company, but don’t dance. So are they idols? The closest thing I have to an answer is personal experience, though I do admit that isn’t perfect. Based on what I’ve heard, there are many an argument against Lee Seung-gi being an idol, and Davichi, I usually hear addressed as K-pop idols. So why is one an idol and the other not?

This gets even more convoluted when you add the word “artist” as a contrasting label to “idol.” Here we have “artist” defined, which is also from the Oxford English Dictionary.

Once again, the dictionary provides no help, because we’ve taken the word “artist” to mean “self-producing,” “self-composing,” “semi-autonomous,” and/or “talented vocalist.”

Yes, I just defined “artist” for you in the context of K-pop, so you must be wondering, why all this buildup?

I may have defined “artist” in terms of how it’s most popularly used, but I need to bring up the fact that there are indeed blatant exceptions to the rule that I don’t quite understand the reasons for. The one in particular that sticks out like a sore thumb to me is Ye Eun (Yenny) of the Wonder Girls. 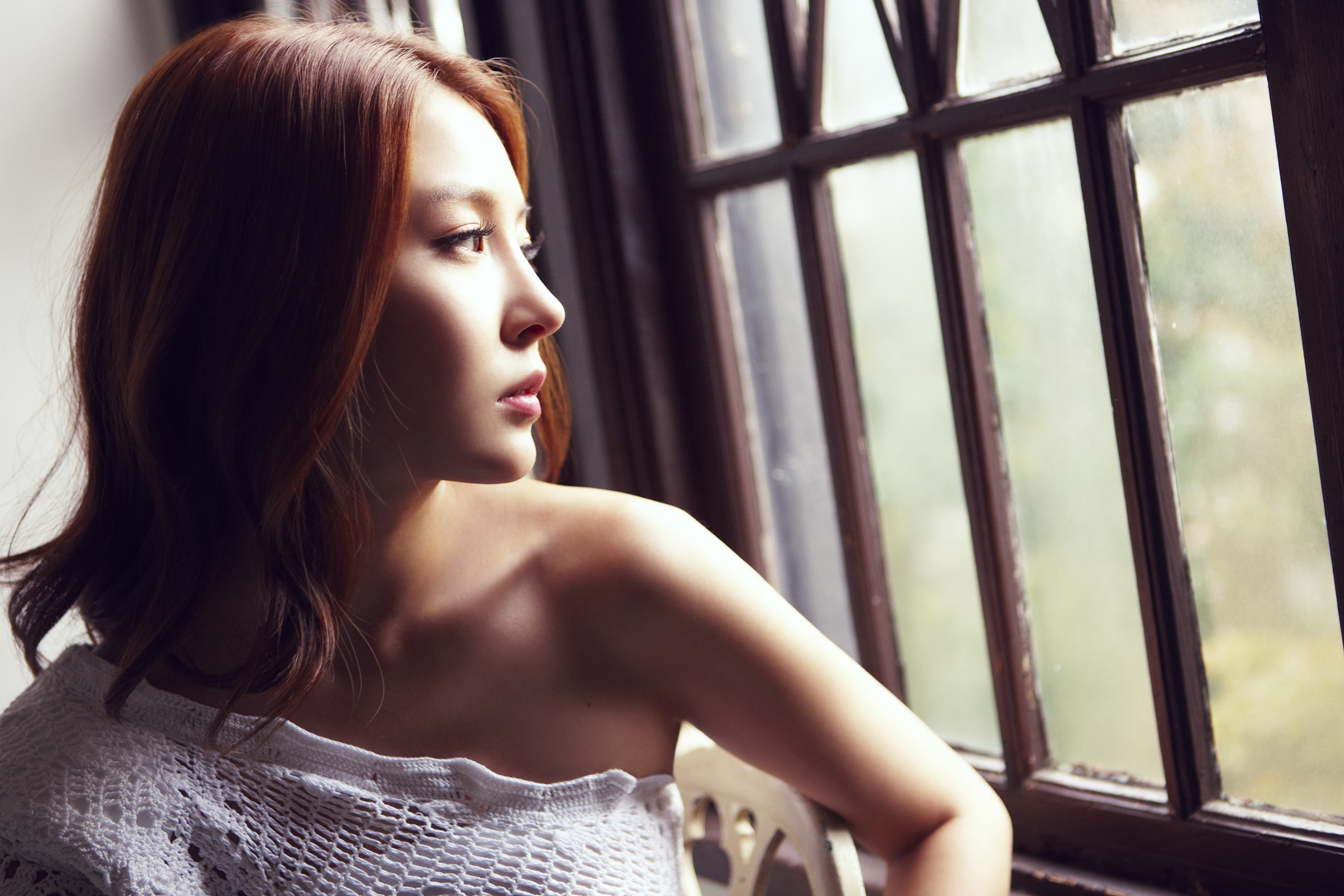 I don’t think I have ever seen Ye Eun be referred to as an “artist,” despite having several songs to her name, and being a talented vocalist and decent guitar player.  From day one, she’s been just one of the “idols,” which frankly, I don’t understand. What makes Ye Eun any different from G-Dragon (GD)? She does many of the same things, but has half the image of GD. Ye Eun is not the only one in this state; other idols like Jay Park and BoA flounder in the “inferior idol” pool as well.

It’s quite understandable that there is great appeal to the word “artist” these days in K-pop; as Shantelle correctly noted, it’s partially the aftermath of the “over-saturation  of idols” on the market. Many artists, even the firmly established ones, need to maintain relevance, especially as they grow older. The shelf life of an idol is said to be short, so it’s expected that the transition to a age-independent position in the industry is important to them.

That said, the use of  “artist” as a way to reflect musical maturity makes no sense, because in the idol market, musical maturity is not obvious nor is it something that truly separates idol from artist the way most people would like. Groups and individuals unfortunately do not fit into pretty little boxes to categorize, and trying to do so only feeds the immaturity of some (not all) K-pop listeners to go around and put an artist down for the sake of lifting their favorite up.

Shantelle has important and valid points when it comes to how we theoretically want to approach the idol vs. artist, but in the practical realm, it does us no good. The only K-pop singers who are viewed as artists are the ones that sell themselves in that fashion: the GDs, the JYJs, the Zicos, and so forth (also note the gender disparity.) “Artist” to the layman defines not what they actually are (which may be the case anyway) but what he perceives them to be due to marketing. Because of this marketing, not only do we look at the singer differently from the rest of the idols in the market, but we also approach the music they release differently. “Artist” has not only taken on a new meaning in K-pop, it’s also a mark of prejudice against the work of artists and groups that are not so lucky to have gained the coveted title.  That in no way indicates that the singer doesn’t sell his or her work, it’s just that people don’t as easily accept what they have to offer and meets greater scrutiny. 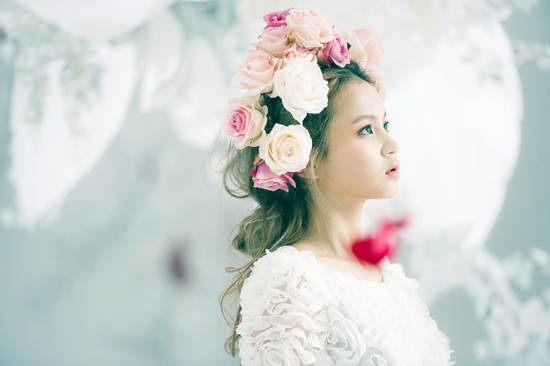 One really good example of how “artist” is a perception, not a definition, is by looking at the rookies who have come out of the K-pop Star series, most importantly the top three: Lee Ha-yi (Lee Hi), Baek Ah-yeon, and Park Ji-min (of 15&.) These three make a great point of comparison because all three of them have essentially started in the same place — great voices aspiring to be idols in the already overflowing idol market.

Now, many months later, the images of all three women have changed drastically, and in terms of the “artist’ versus “idol” issue, this is a huge deal. Lee Hi has definitely found her reputation push towards the “artist” side, while we see Baek Ah-yeon stagnate, and possibly has even moved backwards into “irrelevant idol.” Park Ji-min sits somewhere in the middle, not quite stagnant, but not exactly where Lee Hi is either.  Note that not one has composed a song themselves, nor have they produced anything. All three ladies have beautiful voices, and all of their songs are of mature quality.  So what separates the three? Marketing, my friends, marketing.

YG has actively worked on promoting the “artist” image for Lee Hi, releasing her “notes” on songs, and her desire to write and compose.  JYP on the other hand, has done nothing but market voices, and quite poorly at that. Please excuse me while I vent my frustration.

Park Jin-Young, in K-pop, a voice alone makes neither artist nor idol. 15&’s first ballad was pretty much a snooze-fest, and too few people know what Baek Ah-yeon’s first song’s name even was! 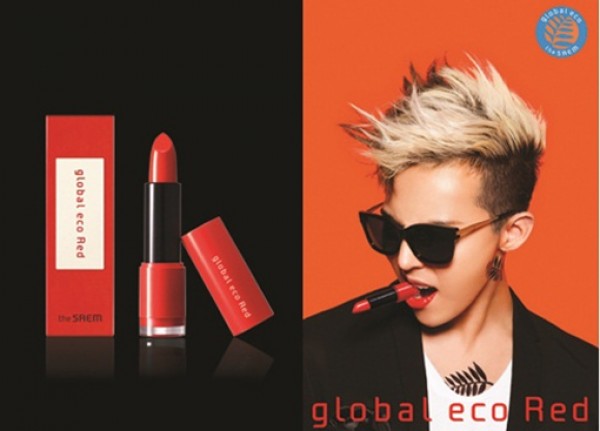 This is why I really dislike the designation between “artist” and “idol” in application. Three people who are essentially equally talented in their own right are thrown all over the place when it comes to recognition and respect. Mark came up with the word “idol-artist” which somewhat bridges the gap, but does nothing to help the real issue, which is discrimination and prejudice against singers/performers and their entertainment companies. I really cannot enumerate the number of times I have seen people use the “idol” versus “artist” to demean companies — and I’m not just talking about SM here. And by extension, these harsh comments also hurt the fans who like the music that these singers have to offer. The power of the word “artist” has grown tremendously in recent years, and setting up a new powerful sub hierarchy on top of the already established K-pop hierarchy is only going to increase the (irrational) tension between groups.

To remove the word “Idol” and “Artist” entirely from common vernacular is futile, nor will it be beneficial in any way. What we can do as individuals is basically to put as little emphasis as possible on the “artist” versus “idol” divide, and use them interchangeably  for the sake of respecting K-pop as a whole.  Indeed, the efforts of the self-composing  K-pop musicians/performers should not be ignored; it is as much a facet of that singer as anything else.  It’s undeniable that the influence of the title “artist” did bring important emphasis to talent in song creation as part of idoldom; and for that, I am happy for its existence.  Whether or not we choose to increase or reduce the power of these two little words is a matter of communal choice. And so we come full circle to the original inquiry — does “idol” vs “artist” matter?

In current times, absolutely. However, if you’re asking whether it should matter, well, that’s just for you to decide.