The Case for Do-It-Yourself Members 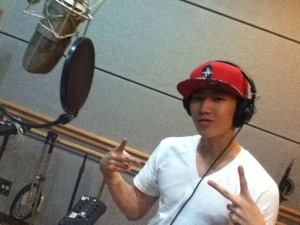 With all the manufacturing that goes on in K-pop, it’s almost like a fresh breath of air when I see the name of an idol on the credits portion of an album. Idols today are perceived as empty images, and it’s hard to actually think of them as real musicians because they’re almost like puppets to whom their companies give a specific personality and look before slapping a song and dance routine on them and sending them off to the glittering stages.

So it’s undeniably refreshing to find an idol who embodies a little more than that, whether it be talent for writing their own rap verses, composing promotional singles, or arranging songs for other artists under the same company. And there are a ton of benefits that come from doing so — DIY idols have more potential in the K-pop industry in the long run, and they gain a reputation behind the scenes that can help propel their groups to the top. 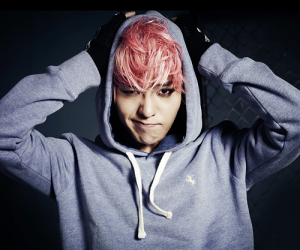 Perhaps the most common type of DIY idols we see are the ones directly involved in the production of their music, whether it be through writing lyrics, arranging the song itself, or even more impressively, both. G-Dragon is probably the most well-known of all K-pop idols for doing this. Not only does he actively take part in the music production process for his own group and solo activities, he also helps with the musical aspect of other YG Entertainment groups.

After years of doing this, G-Dragon is now a respected idol both on and off the stage for his talent. His work behind the scenes (check out this video of him recording “Don’t Go Home” with Park Bom in the studio) has contributed vastly to his group’s success — part of the appeal of Big Bang is the fact that it’s easy to feel like there’s more to the group than pretty faces. When you put actual talent and good looks together (along with uncharted levels of swag from T.O.P), you get a formula that’s sure to please almost everyone. 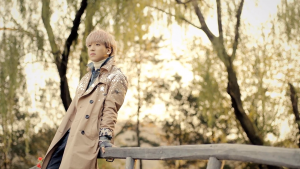 Even though GD is the first idol that comes to find when we start talking music production and idols, we’ve seen some impressive showings from the likes of Miryo and Narsha of Brown Eyed Girls, Jinyoung of B1A4, and Yonghwa and Jonghyun of C.N. Blue. B1A4’s latest single that has the whole Seoulbeats team enthralled is “Tried to Walk,” arranged by Jinyoung himself. His previous efforts have been relatively unimpressive, but Jinyoung really took his composing skills to another level with this song. He’s not the only member of B1A4 who enjoys rolling up his sleeves and digging into the music portion of the idol career — Baro writes rap verses for some of the group’s songs. Even though B1A4 is still considered a relatively new group, they definitely have a little more substance in that they are involved with their own music, instead of just receiving a sheet of lyrics and walking into a recording studio to stand in front of a microphone. 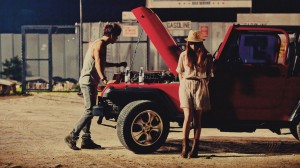 Artists who have been around in K-pop a little longer, such as the Brown Eyed Girls members and the boys of C.N. Blue, are a little more experienced with composing lyrics and arranging melodies. Yonghwa composed the first single for Juniel, a soft acoustic duet titled “Fool.” Miryo was active during the production process of her solo material. Although right now, it may seem a little gimmicky for companies to advertise their idols as “truly talented” because they can compose or write lyrics, in the long run, these idols are probably the ones who will stick around. They have true passion for what they do, and it’s known that you can’t be a K-pop idol forever. Learning some skills besides simply lip-syncing and dancing helps widen their prospects after their contract with their companies run out, and it’s likely they can maintain a career behind the scenes for years afterwards. Groups who have members directly involved in the artistic aspect also stand a chance of lasting longer on the K-pop scene, because they will always have fresh material to work with instead of repetitive tracks the company pays people to churn out. 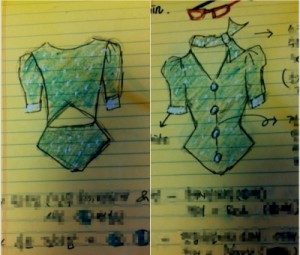 Idols who do other activities also deserve to be mentioned. Seungri has proven himself to be quite a savvy businessman, having landed commercials in Japan for his group. Even though GD gets a lot of the credit for the success of Big Bang, I’d venture as far to say that Seungri’s ability to negotiate and interact on friendly terms with other people also contributes quite a bit to the group overall. Girl idols take part in styling themselves and perhaps even designing. Hyomin of T-ara designed her own costume for the group’s comeback with “Roly Poly” and posted pictures of her sketches online on Twitter. Both Dara and Tiffany are also very fashion-conscientious and have brought their own personal styles into their idol image. While it’s rare to see a female idol really take an active part in designing, they do have some say with their stylists about what kind of clothes they want to wear. And we can’t forget Eunhyuk, resident dancer of Super Junior, who has expanded his role in the group to helping the choreographers come up with routines for their songs.

Even though being this involved in K-pop careers doesn’t seem like a big deal at all right now — just look at the sheer number of idols who aren’t stretching their creative boundaries — it can come in handy in a few years. Becoming part of everything that goes into K-pop can help extend the longetivity of a group, and if not that, at least the member. And with the short life cycle of groups and members these days (unless they’re as good as the likes of Shinhwa and TVXQ pre-lawsuit), learning how to do something else besides looking pretty on a stage is a worthy investment of time.