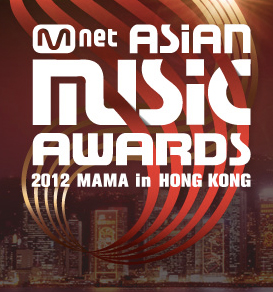 You know the end of the K-pop year is near when all the award ceremonies start occurring, with the first one being the MNet Asian Music Awards, or MAMAs abbreviated. Usually organised in a very nice indoor arena when held outside Korea (this year being Hong Kong’s Convention & Exhibition Centre), the event promises special performances which follow comfortable patterns. The awards show gives a worldwide audience the chance to see international artistes primping up and having fun, in addition to doling out some anticipated trophies (more on that later).

Now that it’s over and done, we can take a look at what made up the 2012 MAMA. In a brief note, the show was able to deliver on its promises to a large extent. Here’s our review: from fashion to the funny bits, and some performances in between.

As a black tie event with a fun twist, all eyes were out for artistes who made adventurous wardrobe choices. There was Hong Kong actor Simon Yam, who went with a pink blazer meets jeans and driving shoes ensemble, as well as Chinese singer Li Yu Chun, who went with a distinctly masculine look disrupted by an out-of place ostrich feather skirt. 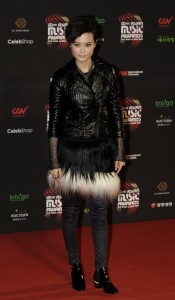 On the other hand, most of the Korean attendees stuck with the tuxedo and all the odd permutations that could come with it, including singer K.Will, who went for one with an overly long coat tail. 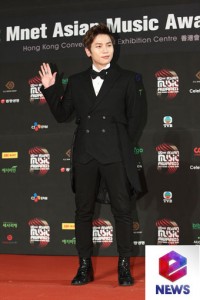 Far less stylistically challenged would be actor Jung Suk-won, who went with a more conservatively cut design, and came off the better for it. 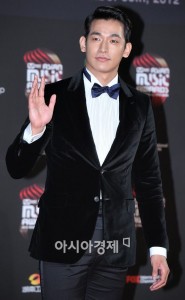 The boy groups certainly played up the matching clothing schemes, especially EXO. Who needs “Two Moons”, when you can have Twelve Swans? 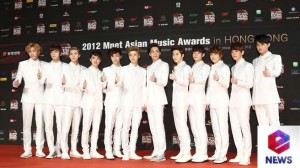 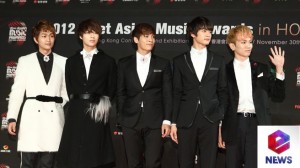 The females did show far more variation in their attire, especially with the girl groups going for unique looks for every member. Sistar would take the award for most “spilt personality” dressing, with Hyorin and Bora looking slightly uncomfortable in their low cut dresses, and Dasom and Soyu looked dowdy in their conservatively cut outfits. Couldn’t the stylists sort of met halfway? 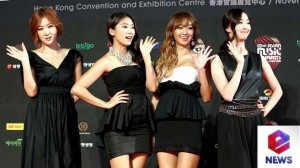 On the KARA side of things, Goo Hara’s skirt appears to have been inspired by military camouflage, while words cannot describe how Gyuri’s outfit does not flatter her. On the other hand, Nicole’s little black dress is hard to fault. 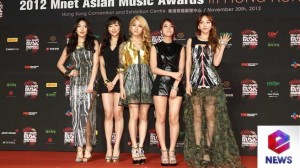 A Pink’s Eunji keeps it simple with her outfit. 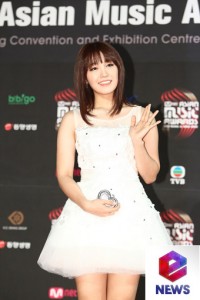 And television audiences worldwide feared for Han Ye-seul’s outfit giving way, as she adjusted it walking down the red carpet. 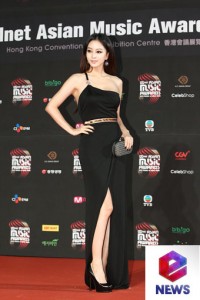 As per my earlier observations and predictions, the 2012 MAMA has proven that its special performances tend to follow a pattern. There’ve been sexy, provocative stages and girl group hits getting remixed, and this year they tried both at the same time. I like Ga-in’s performance, was cooler on the orchestral remix of Sistar’s “Alone”, but loved the pas de deux sequences, and cared very little for “TroubleMaker”.

Another entertaining performance would be the rap special that featured a host of artistes including Dynamic Duo, Block B’s Zico, and Davichi who spliced the hip-hop with their luscious vocals. Not only was the rapping certainly a cut above “idol rapping”, Kang Minkyung did appear to have a lot of fun doing very little — her sexy, spirited strutting, and singing, complemented the vibe of the group performance.

As for the larger scale idol performances, Super Junior has always been a hard one to beat for their props and bombast, as well as how most of their material works better in large arenas.

SHINee on the other hand are usually, for the most part, spot-on in their live gigs, and it was nice to finally hear a remix of “Sherlock” that worked. As for EXO, I did like the nods to SM’s past major groups, but despite being more familiar with the K boys’, it’s the M guys who were more compelling on stage. Advice post-MAMA? It’d be nice if less lip-synching was used.

The clear winner for being most entertaining would have to be Big Bang. I like how they worked their individual performances alongside their group ones — cue G.D‘s solo “Crayon”, which was re-worked into a group jig. And of course, there’s the trusty energy VIPs and audiences have grown to expect from their live performance. Big Bang got the whole crowd moving.

As for solo acts, SuperStar K4 winner Roy Kim acquitted himself well on his debut, and Seo In-young did sing live, though the mics (and possibly low octave) unfortunately made her sound quite flat.

Where scale was concerned though, it’s PSY who’s taken the cake. For all my grumblings about “Gangnam Style” getting overplayed, there is still a sense of fun that comes from having it performed on-stage, complete with the army of back-up dancers and the large scale PSY figurine doing the hand-bobbing.

Of course, the MAMAs would not be complete without an array of regional and international artistes. My favourite performances were Wang Lee Hom (Less Pyrotechnics, Just As Much Charisma) and Adam Lambert (Very Flamboyant, But What Happened To The Voice?)

At least, some awards are justifiable. Sistar certainly did deserve something for promoting so constantly with a measure of success, as well as K.Will and Davichi, who stand out in their respective fields. However, if there was one thing in common with most of the awards, it is that they were presented only to those who turned up, so that meant artistes who were equally/more deserving missed out on prizes for want of attendance.

This resulted in the whole show getting farcical at times, with Mnet seemingly creating prizes for everybody who attended. B.A.P 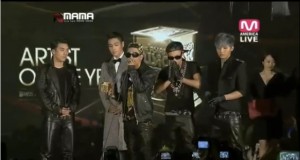 getting a PD’s choice award? That could only have been created out of hot air, sorry. Another instance of how things got rather ridiculous was near the end, when the major three prizes were given out. While PSY and Big Bang did deserve their nods, the Album of the year going to Super Junior has got to take some suspension of disbelief, given the mixed critical reception to it.

The small amount of awards given out and priority on attendance also lead to boom-bust cycles, where some artistes sweep the awards in one year and completely miss out in another, creating incongruent levels of recognition across different years.

On the other hand, the fairer prizes appear to have been given out offscreen. Busker Busker as rookies of the year, and IU as female soloist are certainly better reflections of the sales and popularity slate back in Korea.

Krystal’s unsmiling mien, as well as her nervousness in presenting an award to Adam Lambert. Obviously, idols do not make good last minute hosts.

The company love seemingly shown at every occasion.

Super Junior’s Sungmin and his seemingly apt reactions to the going-ons on-stage.

The Asian Pride on display by Jackie Chan and Simon Yam for PSY.

And Song Joong-ki wrecking the Better Tomorrow OST song, a remake of the Leslie Cheung classic, “In the Sentimental Past”. At least the hosting made up for it.