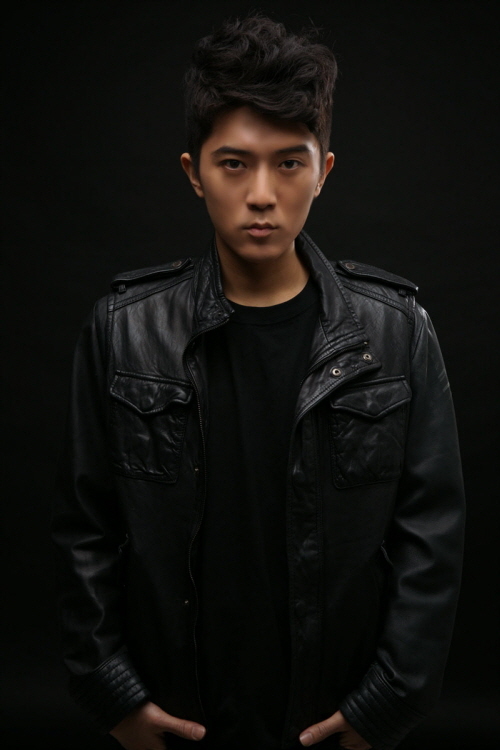 Illinit, born on January 14, 1982, is an underground Korean hip hop artist signed under Sniper Sounds. He was raised and studied in the United States but continued his college studies in Korea. Illinit first collaborated with MC Sniper in 2003 on the latter’s second album. I have listened to some of his work before with Outsider and MC Sniper and enjoyed his work.

He recently released a free English track, “Survival.” Many hip-hop artists release free singles or even mix-tapes to the public as a thank you to their fans, so it was not that aspect of the single that intrigued me but rather the content. While I love Korean hip-hop, there is a level of appreciation I cannot achieve because of the language barrier and the subtle nuances within the language that are lost to an international fan. So when some of my favourite artists release fully English tracks I pounce on them like a starving tigress.

“Survival” is a hard hitting rap song with classic hip hop beats and the focus is on the lyrics and its delivery. The song has an aggressive ambiance throughout and fades out on the repeating synths; it’s a great motivator of a song based on the beats of it alone but the lyrics provide a deeper look into Illinit and his career.

The song tracks his progression as a hip-hop artist starting in California in 2000 participating in this genre of music casually then in 2005 decided to pursue a more serious direction. He discusses the obstacles he had to face with his partner dropping right before their debut and Illinit going back to school and feeling suffocated. Halfway through he transitions from talking about his personal struggle with the art to contemplating hip-hop’s role in the Korean music scene in the midst of the saturated pop scene. He takes a hit at K-pop and the rigid social structure.

“Lookin’ and thinkin’ like each other is important here

closed minds rule the society you can’t be open here

K-pop’s the new gospel for the lost ones

I ain’t bothered I just want hip-hop to prosper

This is freedom of speech to the extreme

So if you can’t say what you feel

How can it make it big?

Shit is difficult it’s hard to rip the system up

So you stay down low and go with what’s typical

A lot of these talented rappers are victims of robbery

Distribution companies are winning all the lotteries

Though he has no grievances with K-pop as a genre of music he expresses his disappointment with how hip hop is often viewed. Though there is a flourishing underground scene, the struggle with trying to make hip-hop mainstream but still retaining its roots is prevalent. Supreme Team’s E-Sens recently tweeted about how the music genre is caricatured reflecting Illinit’s sentiment.  It ties into the title an overall theme of the song of survival, K-hip-hop is trying to survive in an incredibly tight music industry with a lot of obstacles to success. Speaking of the theme of survival, I enjoyed how Illinit tied in his own personal story with the story of the music genre as a whole trying to survive. It is a story of survival trying to overcome the obstacles thrown in Illinit’s personal experience and the experience of the community as a whole.

The video “Survival” features kinetic typography in which text moves in a specific way to bring impact. From Ron Paul’s speech on foreign policy to the United Nations’ Universal Declaration of Human Rights, kinetic typography brings attention to the words and their impact with carefully place graphics and animations.  This video style is impactful in the fact that it emphasizes the words and meaning with visual accompaniment, there are font changes to express different moods and the use of color is also important. Thus far K-pop has never used typography in its videos unless they are fan-made however, Sunzoo made up of Roscoe Umali, Illmind, and Korea’s Hip hop royalty—Yoon Mi-rae and Tiger JK—used this style in accordance with video footage in “Get Down.” It is impactful style that draws attention to the words and lyrics of a song and I am happy with Illinit’s choice to use this video graphic style. The typography is in 2D here with no plane changes, it stays fairly compact with symbolic images being shown.