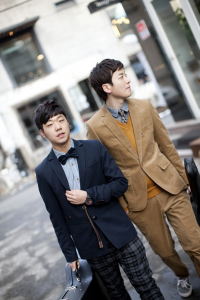 Ever since the announcement came that Geeks would debut as a hip-hop duo, their entrance into the industry has been top of the list for many discerning listeners of Korean music. “Officially Missing You”, which came to be their debut piece, was unleashed back in 2011. Its performance on music charts allowed the duo to go on with their music career and with time, they showed the public their image and settled comfortably into a groove that struck out as distinctly “Geek-y”. Living up to their name, the duo has carried with them an air of goofiness and humor, as well as an appeal that has set them apart as truly indie. In terms of music direction, they pour as much romanticism as satire into their projects, demonstrating character and even tinges of frustration in the layers of their music. In all this, they’ve managed to keep it cool, even where sentimentality and personal jibes come into play. And their new release doesn’t fall short of that.

Geeks returned this week with a remake of their debut song. The lyrics were altered so that this could be seen as a re-imagined version, and a another way of looking at the relationship depicted in the song. As described in the initial track, the title suggests (“Officially Missing You, Too”) a reinterpretation and they’re joined this time by So-you of Sistar. Check out the fresh new vid as well:

As mentioned, the song is a remake of Geeks’ debut song, which was also a cover of Canadian singer Tamia’s “Officially Missing You.” While I was enthusiastic for a Geeks’ comeback and for be able to see So-you fly solo, I was a bit disappointed to see them make a remake of their past remake. It sounds absurd and incredibly lazy. Despite that, a response to their song holds some undeniable appeal.

Their first song was a romantic ballad about dealing with a break-up. It tells of a man who feels his feelings resurface as he meets his ex-girlfriend. Singing of masked misery, the man tries to convince himself that putting on a smile can add a positive light, but the long nights without his old love only dredge up the past and put him in pain. His longing and despair then turn to hate.

All you have to do is smile just like back in the day
You’re the one for me
I’m in pain because of you
I try to forget you, but it doesn’t help
I just end up hating you

So-you’s part in this adds another angle to the story, the point of view of the ex in question. Much like the pain felt by the man, this lady is overcome with regret but is too shy and/or numb to show it. Pride and even cowardice get in the way of this failed relationship, despite the pair’s desires to reunite and return to happy times and to old, familiar habits. Individually, they try to sort out their issues and at the same time, work at this relationship. Unfortunately, both parties still come off with bitter tastes in their mouths but nevertheless, still hang on to the hope that fate will bring them their happiness again. In this way, this rendition seems less of a response, but more of a look at both sides of the story. If the first song was filled with bitter feelings and a sorrowful mood, then “I’m Officially Missing You, Too” is a sweeter ballad, where listeners can derive the star-crossed lovers’ misguided efforts and adorable clumsiness.

The video starts with a man painting the girl he loves and taking a snapshot. The shot is distributed and gains some street and fashion cred along the way. The print becomes a bit of a mini icon and is then used to promote a Geeks’ concert. Getting the picture here? The plot is pretty simple: these guys use a stylized version of her picture to promote a concert where they sing about her. When they leave the stage, they see her and she’s smiling like before. It’s a cute idea that’s bound to bring on some smiles. An added bonus is the number of “star” appearances that make it in the video: there’s Jubi from Sunny Hill, Zico and PO from Block B and HaHa. Some scenes appear awkwardly inserted, especially the ones with them singing in odd, off-tone backgrounds, but otherwise, it’s entirely enjoyable.

Dislikes: I would have liked for So-you to have been part of the drama, since her vocal collab has basically been what lifts the song and the story. Also, I felt it lacked something. The effortless rapping and melodic bits were well-dosed, but something was off. What comes to mind is the effort that was put in. The last rapping sequence sounded like it was tiresome for the rapper to go on.

All in all, it’s a soothing track, with a hint of melancholia and wishful dreaming. The naive approach, the lyrics and the slightly sad musical lines make up for a romantic and playful break-up song. As for the rating, it has a 4/5 in my book.

So tune in for So-you and Geeks and give it a listen! What do you think of this collaboration? 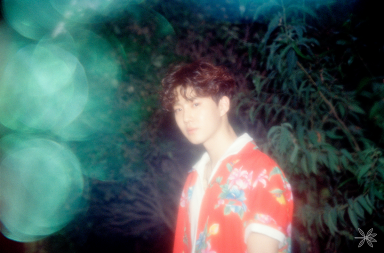 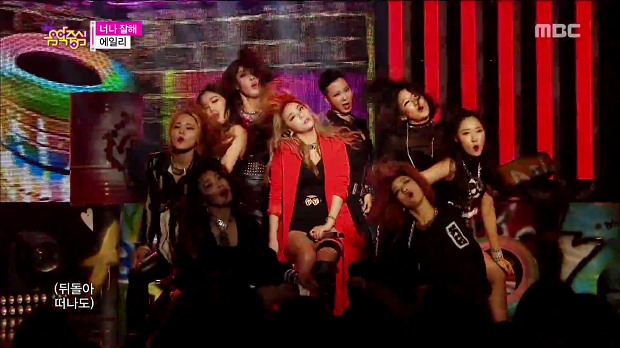 Soyu and Junggigo Give ‘Some’ Relationship Advice