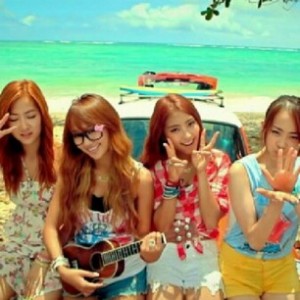 Recently, fellow writer Mark went into why K-pop can be better when you don’t understand or know the lyrics because of the frequent letdowns due to discord between the concept presented and the quality of the lyrics. Initially, I was on the same wavelength: after all, I started listening to K-pop because it wasn’t as distracting during studies as actually understanding what was being said, as would happen in English songs. But after spending a couple of years with K-pop, and investing more time than I thought I would with it, I’d have to disagree about the lack of understanding of the lyrics enhancing the music experience. Knowing Korean would help make a lot more sense about the music presented.

At the root of the argument against the importance of knowing Korean in K-pop is a letdown of quality in the lyrics. But what creates that assumption of higher quality in the first place? The purpose of a song is to relay a message, instigate emotions, and be engaging to listen to. K-pop takes that, pushes it aside, and thunks down a visual aspect that frequently takes over all other aspects. We’ve complained time and time again about the little importance companies tend to put on their music in comparison to marketing their idols. But what these songs tend to have in common is relation to the human experience. They may not inspire an audience to do better in the world or promote the empowerment of an oppressed minority, but they’re relatable. Indeed, within the world of K-pop full of strict images, diets, and and obsession with perfection, the lyrics of music might be one of the only relatable characteristics for a fan, no matter their location in the world. Themes of heartbreak, love, friendship, or just having fun can be universal, so it’s also logical that these topics are frequently found in title songs. More basic phrases also can stick in the mind of the listener more easily and allow for direct understanding which can be lost under a string of complicated phrases gone wrong. Just think about those Korean equivalents you’ve heard for frequent phrases like “what should I do” or “from head to toe.”

All lyrics are not equal; not every song needs a deep and thought-provoking message, though it’s impressive if it is present. There is nothing wrong with a song about simpler topics that chooses to express sentiments as opposed to teaching a lesson or presenting a “right” point of view. I wouldn’t expect every American song to be thoughtful or even appropriate, so I can’t hold K-pop to higher standards: it would just be unfair. 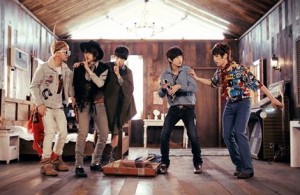 It’s fair to take issue with questionable lyrics–Teen Top‘s “No More Perfume on You” and B1A4‘s “Baby Goodnight” come to mind–but before bringing them to the table, it’s also fair to recognize that these are songs that still reflect the human experience, despite their content. While not every person will cheat on a significant other, as is present in the aforementioned songs, it can’t be denied that this does happen, and when the group has fair amount of input in their music, such as B1A4, there must have been a reason for choosing such material as the focus of the song.

An issue that comes to light when dealing with lyrics and the international, non-Korean speaking population is that of translations. Subbing teams work hard to provide accurate translations for fans, but regardless, there is bound to be some significance lost in translation. When moving between languages, there are always lexical gaps that are difficult to solve just because one language values an emotion or cultural phenomenon enough to grant it a word, yet another one does not. Every language has its own nuances in its diction, tone, and idioms–just little variations in language. Simple aspects like syntax or regular colloquialisms well known throughout the country or culture can be familiar to natives of the language or area in which it is used, but lose characteristics like warmth or emphasis in translation. Some lyrics may be genuinely pretty in Korean but not so in the English equivalent. In these cases, knowing Korean would be of infinite benefit to gain a fuller understanding of the words at hand. As it’s difficult for a casual fan to summon the desire to go beyond what lyrics provide on the surface or even a dedicated one to verify if a song is lyrically superior in Korean, it’s easy to write off a song as being too simple or not enough because of the translations provided.

Regarding the inclusion of English in the lyrics, I see the objective going back to the sounds English provides for the song, in addition to the flashy appeal that comes with the language. For the same English words, the Korean equivalents may not provide the same stresses or fit into the desired melody. The closest I’ve come to writing songs cemented my lack of talent for it, so I can’t comment well on the process of creating the song or if the lyrics come before music, vice versa, or simultaneously. But if there’s an established melody, rhythm, only so much time to say what needs to be said, and Korean isn’t cutting it, why not English? 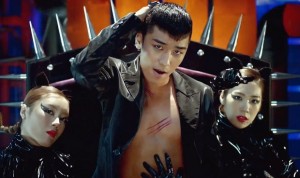 It seems like a reasonable alternative, especially since within South Korea, English is a staple in the education system, being present from elementary school through high school as a core academic subject.

In addition, the differences in the prestige or purpose each language holds leads to different contexts for each choice of speech. South Korea’s society is more conservative than most English-speaking ones, to the point where expressions of love are not frequently seen in public. So it’s no surprise that some of those English lyrics–Seungri‘s “Mama, just let me be your lover,” DBSK‘s “I got you under my skin,” and any use of the word “sexy”–are more provocative than what is normally encountered in Korean society. Also, because of the perception that English is a language of high prestige, significant parts of songs, such as the chorus, may incorporate English to appear of higher quality by association. This isn’t an excuse for poor English; there isn’t one for that considering the resources entertainment companies have. But for the English that is used, it not only panders to the international audience like Mark mentioned, but it also serves as a way to reach outside of the norm within Korean culture. It can be argued that to gain full understanding of the lyrics requires knowledge of both English and Korean, a situation that best favors a native Korean speaker.

If anything, with K-pop’s tendency to release slick dance performances and close-up shots of members under the guise of a music video, extra effort to find translations is necessary to find out just what the song is saying. 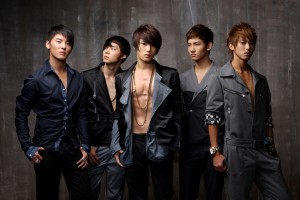 And even when some attempt at a storyline is made, let’s be real: most of the time it’s insufficient to relay the lyrics, and with good reason. A music video tells a story, but it requires the music and lyrics of the song for which it was made in order to make sense. The lyrics accompany the action, providing clarification, even thoughts that can’t be portrayed through the acting alone. For this reason, the lyrics still remain important to the viewer. Knowledge of Korean would be helpful in these circumstances, helping to tie together what’s on the screen with what you’re hearing for the complete picture.

Above all, why are lyrics still important? I’d say because despite all the inadequate ones, there are still lyrics that surprise with their depth and beauty, shining even through translations. K-hip hop is probably the biggest arena where this can be seen with the Movement, among many others, putting hard work into meaningful lyrics that make each song a masterpiece. Even within the idol realm, groups like Block B, Big Bang, B.A.P, and the Brown Eyed Girls regularly have songs that both sound wonderful and have meaning behind the lyrics that is worth a look. And it’s not just groups that have regular input in their music that create substantial lyrics, as Seoulbeats’ Side Bs tend to show. Many groups have both lyrical and musical gems hidden in their discography that aren’t apparent until a listener makes the effort to find the lyrics.

After defending lyrics, the question becomes, do they enhance the musical experience, especially for an international fan? In all honesty, it depends on the viewpoint of the audience. If you’re looking for music to mindlessly jam to while writing that essay, then inclusions of English or awkward pronunciations can be a hindrance as snippets of understanding interfere with other processing. But if you’re more invested in the music produced, knowing more about the lyrics can enhance a K-pop experience and create a more knowledgeable consumer of K-pop. There is a different type of appreciation for music that has meaning and a similarly different sense of pride of knowing what you’re listening to, regardless of the message of the music. There’s no shame to enjoying something nonsensical: we all need a bit of whimsy at times.

Knowing the lyrics of any song can set a mood when you listen to it. From the previously mentioned examples, knowing the content of “No More Perfume on You” and “Baby Goodnight” definitely put a damper on my listening experience, but I find that to be a necessary evil to encounter in the stead of pure ignorance. And don’t you want to know what words you’re singing along to? Why those English words were included? Sometimes taking that time to find lyrics can teach you something new, for example, that “Nillili Mambo” is a phrase used to bring greater energy and enjoyment to a situation.

Ignoring the lyrics does the initial source of music a disservice as well as the listener. You may find yourself disappointed with the content of the lyrics, but where did the assumption that K-pop has meaningful or beautiful lyrics come from in the first place? K-pop has a myriad of options to offer, some superficial, some not so, but by taking time to glance at what you’re listening to, you can separate the two, and perhaps learn something new.