Architecture 101 and the Quest for One's Home 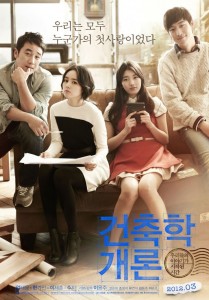 A star-studded cast is likely to bring a large viewership in the movie theaters and Architecture 101 had a head start because of this very reason. Announcing Han Ga-in, Uhm Tae-woong, Suzy and Lee Je-hoon as the main characters, the movie stirred some interest before its official release. Now it was the film’s job to take it up a notch and cater to its audience. Presented as a romantic comedy/melodrama, Architecture 101 runs on two narrative threads: one of them concerns the present — the reunion of two people who were in love — and another one picks up their story from its beginning, willing to play on nostalgia and regrets.

And it does a great job, but first of all, please, be aware, there will be spoilers!

The story begins with the adult Seung-min (Uhm Tae-woong), an architect, who receives the visit of an old acquaintance he hasn’t seen in years and who has a commission for him — meaning Seo-yeon (Han Ga-in). He rejects the offer, saying the project is too big for him, but a talk with his boss solves the problem and he starts the work at Seo-yeon’s house. And now it’s time to go back in time.

The young Seo-yeon has a crush on an architecture student, Jae-wook, and decides to take the Introduction to Architecture class, where a friend of her love interest, young Seung-min, notices her. The two protagonists live in the same area and after running into each other, they start  spending time together and growing fond of one another. Glimpses into the past are correlated with present occurrences, like Seo-yeon’s birthday, an old 90’s song or a footprint. But most of all, the house itself and the idea of building a home are the central motives of the storyline. The young girl is indecisive and doesn’t openly show her emotions, which is reflected in her older self’s reluctance to accept his blueprints. They play with the design as much as they play as kids at the beginning of their relationship. But while the house is being built, things turn more dramatic and the lighthearted taunting turns into painful revelations and confessions. By reconstructing her home, they reconstruct their past and their memories. 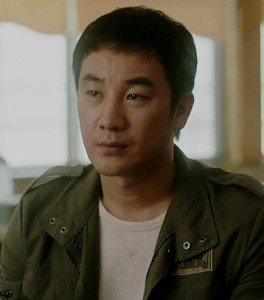 The plot generally sticks, in the case of the students’ relationship, to simple gestures and casual encounters. They share music and thoughts, walk around Seoul and talk about their future. They connect as friends with an impending sexual tension, building in an adorable way a relationship based on mutual affection. The nowadays couple of characters counterbalance the easiness with which the other storyline is being told. Their discussions are usually awkward, with a plethora of secrets waiting to be revealed and things which were left unsaid, but never disappeared from their minds. In Seo-yeon’s approach, you can guess the curiosity, entwined with jealousy and latent reproaches, while Seung-min seems conflicted as to why is this happening now, keeping his guards up and being unfriendly at best towards Seo-yeon.

The movie manages to assemble these two storylines (in fact, two timelines of the same storyline) quite well, shifting between them when things get dry. The film’s action has a subtle pervading nostalgia and brings new elements just when needed, to maintain one’s curiosity. The evolution is a tad slow, but had it been at a faster rhythm, it would have ruined the pace and the overall atmosphere.

There’s something though that bothered me about the action of the movie. Jae-wook, her crush in the beginning, likes Seo-yeon but after she met Seung-min, she doesn’t seem to care that much. He invites her though to a party, insists she drank until she can no longer walk, and then takes her home. Tae-woong sees his buddy carrying Seo-yeon to her place and remembers what he said about getting a girl drunk to sleep with her. He feels disappointed in Seo-yeon and cuts ties with her. To which I felt it looked a lot like victim-blaming. See, when a participant doesn’t consent to have sex or isn’t capable of consent, it’s still called rape and that’s what happened to the female lead, as the movie strongly suggests they had sex. The way the subject was handled, like some crazy stuff people do, without any consequences to Seo-yeon and with Tae-woong blaming her, made me quite uncomfortable. 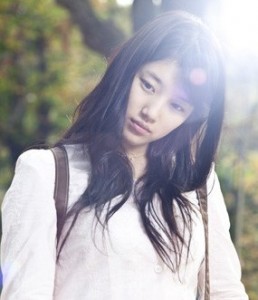 As for the characters  Seo-yeon is carried by the wind: she doesn’t seriously consider most of her decisions. She doesn’t have a proper home at the beginning; she majors in music but loathes the idea of being a piano teacher; she wants to become an announcer for the money, but then, when this doesn’t work out, she just marries somebody. She doesn’t have a clear purpose and thinks of what’s best for her at the moment. Her efforts to build a home, after settling the one she has in Seoul and moving with her father, is her attempt to get a grasp of herself and finally resolve something left unfinished. Building the house is another form of accepting her roots, just like she decides to go back to music. And if the older character seems to deal with her problems, the young student is more carefree, with maybe just hints at what is really going on with her. The way this character was written and played put her in the center of the movie and made it impossible to take your eyes off her.

Seung-min, on the other hand, is the awkward guy who doesn’t dare to confess. Joining the charismatic and carefree Seo-yeon, he forms an adorable couple with his partner. His affection looks genuine, with all the missteps of someone who has fallen in love for the first time. The scenes with his best friend are hilarious: no one can resist through the whole “I’ll teach you how to kiss” scene with a straight face. He’s pure at heart and helplessly tries to express his feelings, but he’s always overwhelmed by Seo-yeon.

The older character though is jaded, defensive, but displays more confidence and looks assertive. Both the older female and male lead deal with the scars they’ve inflicted on each other and the emotion that has been built up throughout the movie finds its outlet in one last kiss. The ending though left me unimpressed. The movie in general manipulated incredibly well the emotional content, just to screw it at the last moment. It was nostalgic, but not in the way I have hoped for and came unexpectedly. Though I didn’t believe they would stick together, I could bet on a stronger ending.

I loved also the references to older generations, such as the CD-players or the pagers. The chromatics and the filters created a dreamy alter-universe for their memories, while the present was almost a continuous sunny day surrounded by beautiful landscapes. The architecture references play in a subtler way, without taking the center role in the movie, such as their meeting in an old house or exploring Seoul’s streets. Not to mention the dialogues that were killing me:

Eun-chae: It has already been said not to smoke in the office, passive smoking is not healthy!
Seung-min: Then it would be even worst for me who is inhaling it directly, wouldn’t it?

Seo-yeon: I feel that those who specialize in Architecture are sexy.
Seung-min: I’m also from the Architecture Academy.
Seo-yeon: *disappointed* Yeah, right, you are.

And there are my thoughts on this movie. What do you think? What have you liked and disliked about it?