The King and the Clown's Love Story 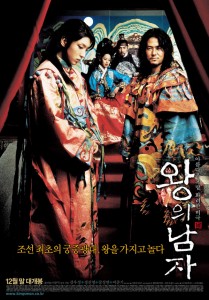 To reach profound success in the entertainment industry as an actor, one will need two main gears: talent and luck. Not everyone is fortunate enough to be involved with a hit project for a debut role and rise to national fame in twenty-four hours. For the recently returned Lee Jun-ki it would not be an exaggeration to say that he’s had quite a journey before reaching success but once he did, the actor hit the ultimate jackpot.

Since Arang and the Magistrate recently had their final episode now would be a good time to explore the film that brought Lee Jun-ki to immense popularity not only in Korea but all over Asia –- the best-selling film of 2005 –- The King and the Clown (or directly translated to as The King’s Man).

No one expected the victory the film would accomplish as the production team had a fairly small budget, lack of big names involved and a controversial plot, all the elements that makes a film deemed for failure in Korea. However, it became the highest grossing films in Korea cinema history at one point (until the arrival of The Host several months later and the most recent hit The Thieves, ultimately putting it third place as of now) and went on to sell more than twelve million tickets in seven weeks nationwide and was an overnight phenomenon; it was all everyone could talk about at the time and Lee Jun-ki became a household name almost instantly.

Just as a preface, this is a film that explores homosexual themes, something one might suspect from the directly translated title. The writers artfully incorporate this into the storyline in a enigmatic manner that leaves the (conservative) Korean audience thinking of it as nothing more than a love story between three males rather than focusing on the (potential) moral offense; this is an approach that other films such as A Frozen Flower could afford to learn a thing or two from. Moreover, the moral of the overall story is not affection for the same gender, but more of social class differences and friendship. 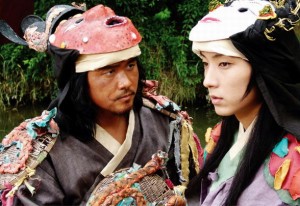 The story is set during the late 15th century of Joseon Dynasty under the reign of King Yeon-san (Jeon Jin-yeong) and centers around two street acrobat performers: Jang-saeng (Gam Woo-seong) and Gong-gil (Lee Jun-ki) otherwise known as clowns during that period. Gong-gil is known for his feminine appearance and plays female roles in their acts. Due to an unfortunate event and a accidental murder, the pair flees to the capital Hanyang (now known as Seoul) and joins with three other male performers to form a team. In order to make a living the group performs a parody, making fun of the King as well as his infamous concubine Jang Nok-su (Kang Seong-yeon). This of course gets them into trouble and arrested, however they are given another chance: if they can make the King laugh with their performance then their execution will not be carried out. In the end not only does the King become especially impressed, he is also fascinated with Gong-gil’s presence. The King orders the group to stay and they become performers in the royal palace. However, as the King’s affection grows for Gong-gil so does Jang-saeng and Jang Nok-su’s jealousy and a series of unfortunate happenings unwrap.

For such a plot to work there must be a great deal of chemistry between the three male leads and luckily it exceeds beyond the expectations of many. In the film the relationship between the two clowns was never explained to the audience and their conversations hints with possibilities but not enough for any concrete confirmation. It’s obvious that Gong-gil feels only sympathy for the King but the latter is positively certain about his feelings. The King is initially drawn by Gong-gil’s appearance but later becomes touched by his kindness and pure nature, something rare behind the forbidding walls of a palace. Gam Woo-seong is fabulous with his character, who is no doubt confused about his feelings towards his friend, whether they’re of a romantic nature or simply friendship. This is a great construction as the ending can be depicted in many ways depending on the viewers themselves.

Although none of the cast at the time had a great deal of star power they were fantastic in their respective roles and their presentation was praised by critics and public alike. In fact not only did Lee Jun-ki rise to fame, his acting abilities were also recognized and even though his flower boy image followed him wherever he went from then on after, his talent was never questioned. This, as we all know can be frustrating for actors with great looks as it can be hard for them to convince everyone of their capabilities and start taking them seriously as, well, actors. 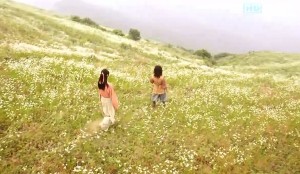 What I really appreciated besides director Lee Jun-ik’s brave attempt at getting this story across is the beautiful and absolutely breathtaking cinematography involved. It is such a pretty film and a feast for the eyes. The costumes are also another notable point and all the other elements complement each other so well.

As for the music in the movie, that alone deserves its own article. Seven years later, the soundtrack still holds a special spot in my personal collection. The entire recording was done mostly by classical Korean instruments and brings out such a different impression compared to the usual accompanying music. It was put together by well-known composer Lee Byeong-wu; other notable works by this man includes the soundtrack to the 2009 film Mother and the award-winning The Host back in 2006. Sometimes for the emotions of the characters to convey forward it doesn’t only rely on the acting but also on the background melodies. I would especially recommend “Prologue – Long Roads” and “Epilogue – The Homeward Road.” The movie’s theme track “Faith” is sang by veteran singer Lee Sun-hee, perhaps more known by her recent involvement for “Fox Rain” in the hit drama My Girlfriend is a Gumiho.

To piece it together, The King and the Clown isn’t just a simple love story. Depending on how one looks at it, it can be depicted as a breaking tragedy, a controversial political drama or anything that best fits a personal description. It’s one of those films that leaves you in awe at the end and almost guaranteed of a second viewing because of the potential deep stories beneath the surface. This film isn’t for everyone but if you go in with an open mind you’ll most definitely feed rewarded. 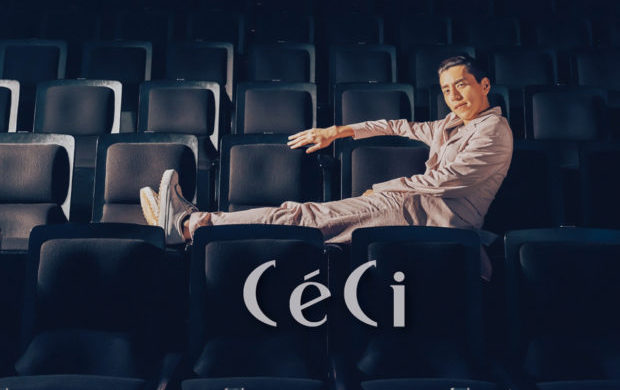 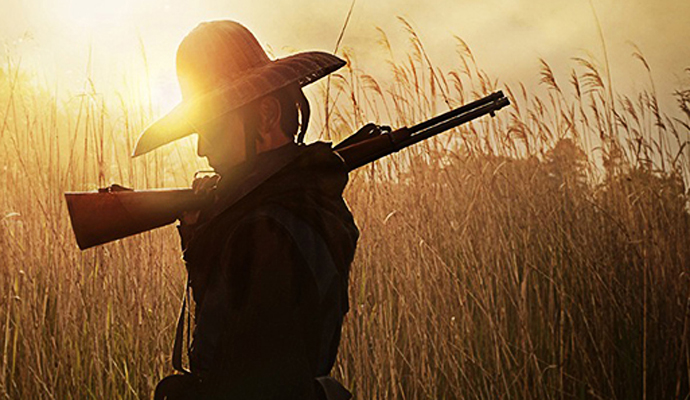