Coming from the land down under is Crazyno — real name Zyno Kim — who debuted under JFC Entertainment not too long ago with single album The Lunatic, promoting title track, “Musiche.” The stage name is the obvious combination of “crazy” with his real name, putting the emphasis on the middle syllable. Being born in Melbourne, Australia and educated at the University of Sydney, he enters the scene as an artist who can perhaps bring a different perspective to K-pop music. Already his first music video is to portray his ignorance of aspects of Korean culture and the adjustment required when entering a new culture. So let’s see how he does.

First thing: this music video definitely leaves an impression. Already beginning with Crazyno in a shiny green suit, chasing after a man while promoting his own album, there’s the idea that Crazyno will be similarly determined in real life, like that confident salesman you thought left to badger someone else. And that idea is perpetuated by the eventual success Crazyno does have at the end of the music video, bringing the story full circle. While that five second opening is amusing, it does not prepare the viewer for the next three minutes of video. But I don’t know how anyone would prepare a viewer for that. 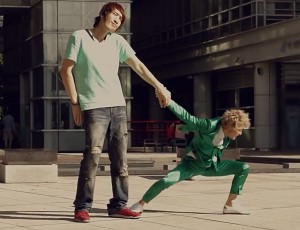 In a sequence of humorous scenes, we see Crazyno intruding on private conversations, gently pulling people here and there, and attempting to take MMA fighter Choi Hong-man somewhere against his will, which never works out well. The lyrics attribute his forward actions to his ignorance, with the title of the song itself roughly translating into “ignorant.” Music and dance seems to be the solution for everything. Arguments between young children? Dance. Following a woman around a store? Dance. Half the size of Choi Hong-man? Dance with upgraded hand gestures while trying to stay upright.

Under a more serious light, there’s the overtone that despite Crazyno’s ignorance, what is more important is that he’s invested in his music and that his music should still translate over to his audience, even if there are cultural differences.

The ant who works everyday
And the grasshopper who sings everyday.
Do, Re, Mi, Fa, Sol, La, Ti, Do.
Everybody, welcome to the show!

Because of that, he’s particularly enthusiastic about promoting himself. It’s also interesting that Crazyno himself is dressed in green, a color associated with grasshoppers, who according to the lines have a music profession. His enthusiasm for music is a little more apparent in the overly serious conductor scene, which seems to hit home that he recognizes what he’s lacking. Nevertheless, what’s important is that feeling in music. While I’m not versed in conducting, his hand gestures seem fairly realistic and appropriate for the music, adding another musical touch. 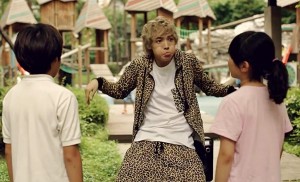 And speaking of those hand gestures, they wind up in the chorus as well. They initially come across as random movements, but the conducting scene makes it clear what they really are. Other notable moves are the hip twist and, of course, what seems to be called the “crane dance.” All movements are easy to mimic, which helps make the dances even more memorable.

The cinematography and editing is well-timed. The combination of faster and slower speeds is used frequently, but it follows the song well, adding to visuals by speeding up a dance or slowing down when the music takes a dramatic turn. There’s also a realistic quality about most of the scenes, most likely because most of them are actual places rather than artificial sets. There are even people walking around in the background or taking out cameras to watch this crazy guy in a suit. Also, aside from the female backup dancers, the people that participate in some of the dance scenes seem to have been recruited not long before the scene was actually filmed. You can find the girls that won’t look straight at the camera, much like when Korean music shows or concerts film the audience, and the men that are a beat or two off in their movements. I wouldn’t be surprised if in scenes where Crazyno was taking people around, they didn’t actually know why they were participating in his shenanigans.

Above all, Crazyno’s facial expressions made this music video a worthwhile watch. From the start, he’s confident in every move he makes. When he dances, his facial expression is up for grabs: anything can happen. This complete disregard for image accompanied by how he pops up in intimate scenes is a contrast to his voice. 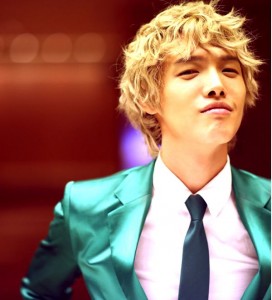 Humor sometimes is the route taken to mask vocal insecurities or a lack of clear vocal strength. But Crazyno can sing. His voice even takes on different tones over an odd range of pitches, as shown by the differences between the verses and the chorus. So this combination of entertainment of visuals and vocals is very much appreciated.

The downsides of this music video come primarily in the club dancing scenes. In comparison to other parts of the music video, they feel contrived, such as when Crazyno briefly crowd surfs. And while I’ve repeatedly mentioned the conductor scene as having a point in the video, it too seems too dramatic, especially when the scene is not connected to any of the other ones.

But other than that, this music video was a blast to watch and a strong debut. It was a clean production that retained attention because of the bizarre behavior exhibited. Also, there’s surprising meaning in the lyrics, and together this is all good enough for a 4.5/5. Crazyno seems to bring a carefree personality to the music scene, a nonchalance for image that is missing all too frequently amongst the idols, so his present and future works should be interesting to follow. 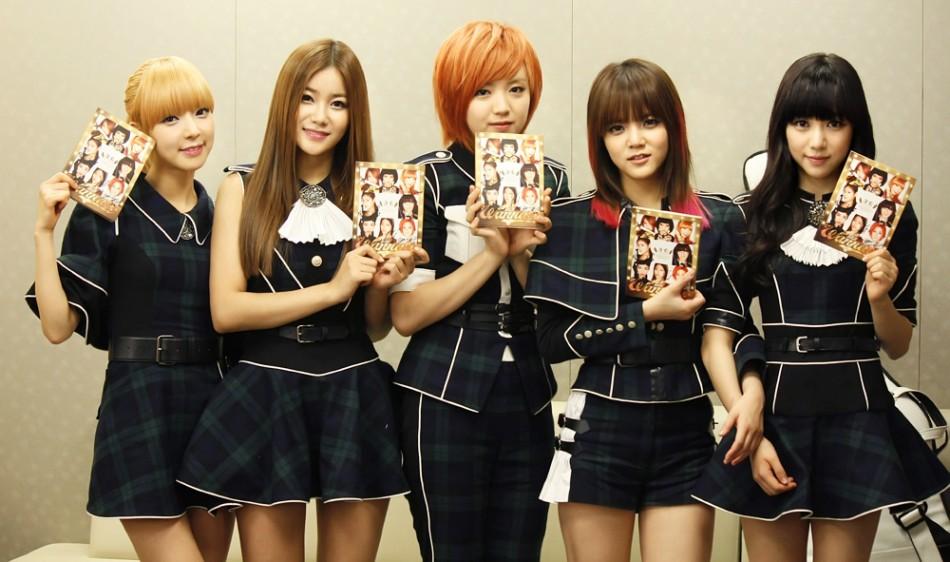