It's A Party With FIESTAR's "Vista" 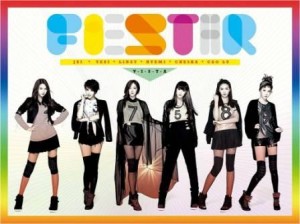 Rookie group FIESTAR recently debuted with track “Vista.” Hailing from the relatively larger company LOEN Entertainment, FIESTAR already has their fair share of connections, previously collaborating with senior labelmate IU for the company’s LOEN Tree family project through “Sea of Moonlight” and with well-known rapper Tiger JK with predeubt track “Wicked.” Through these predebut efforts, FIESTAR was not only able to get a spark of attention crucial to a debut, but they were also able to show their versatility as performers, transitioning seamlessly from the girly and carefree “Sea of Moonlight” to the quirky and zany “Wicked.” So when it came to their debut, this time featuring appearances from JYJ‘s Junsu and Sunny Hill‘s Seung-ah, as a spectator of their previous works, I didn’t really know what to expect from FIESTAR’s debut.

Said debut with “Vista” ended up being a compromise of sorts of their two previous works — having the spunk from “Wicked” yet the youth of “Sea of Moonlight,” and it works well in displaying the group’s charms. The song itself is a very high energy, up-tempo, pop song full of enthusiastic horns and impactful percussion that give it a very theatrical, bombastic feel. 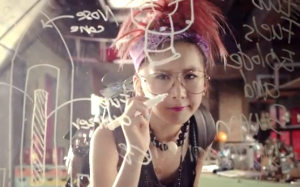 The girls execute it well, radiating with the charisma needed to pull it off, which is pretty evident in the few live stages the group performed. As their (admittedly tragic and cheesy) name implies, there were also traces of Latin influences in the song through the romantic use of acoustic guitar most evident in the bridge that added some more spice to the already sassy song. I don’t know if FIESTAR plans to infuse that Latin influence in even their future songs (“Wicked” had its fair share of Latin vibes as well), but it would most certainly be a welcome addition to the group since they work it well and it would give them an uncommon distinction from all the other groups out there in the moment (MBLAQ is the only other group that comes to mind when it comes to consistent Latin vibes).

But as dynamic and charismatic the song was, it did come with its faults. In terms of the song’s format, the song stays very formulaic. That isn’t necessarily a bad thing but it’s still something I’d advise against rookies, who need to get attention as soon as possible, to avoid. Furthermore, the song’s transitions were lacking as well, making it seem disjointed and sloppy with too much going on. And as much as I loved those theatrical horns and alluring strings, there were points of the song that were too busy instrumental-wise that it made the girls seem like they were struggling to keep up with the song.

As for the MV, I feel the clever way it was done may have actually covered up the song’s flaws. As expected of LOEN Entertainment, who has consistently been giving visually stimulating videos, the video itself is gorgeous, full of quirky visuals and effects. But it wasn’t the eye candy per say that covered up the flaws the song had but rather the MV’s plot and pacing. The MV told a story of leader Jei auditioning to be what seems like a performer/superhero hybrid, later to be helped by the rest of the group in her audition. The entire audition aspect of the MV added a musical-like element that sort of covered up the weak transitions by matching it with the pacing of the MV.

Other than making the abrupt transitions appear intentional, I felt the entire audition framing device was a wise one, since it allowed for some quirky moments and a humble way for the group to showcase their skills. The superhero aspect by itself was also well done, and it added some childish humor that was very much appreciated. 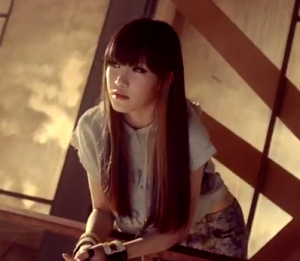 The brief scenes of the girls playing with their super powers were cute and quirky, as were the scenes portraying Jei in the waiting room during her audition, her being surrounded by superhero-hopefuls dressed in ridiculous consumes. The MV greatly infused their guests with the superhero theme, hilariously showing Seung-ah as Wonder Woman dancing haughtily with her tambourine. And of course, there was also Junsu acting as the superstar/superhero the lyrics are directed to, Superman belt included, and also the judge of the entire production.

While I enjoyed how both concepts were added in the MV separately, I have issues on how both were infused together. Both themes were relevant and applied in the song; the audition concept matched the mood of the song and the motivational aspects of the admittedly nonsensical lyrics, and the superhero concept matched the idol worship and the metaphors of`the lyrics. However, the way the MV handles both very potent themes leaves much to be desired.

As humorous and visually appealing the superpowered scenes were, the inclusion of said powers really wasn’t that necessary, seeming more like an afterthought added for eye candy. The actions of all the girls sans Jei prior to the climax where they unite didn’t seem all that necessary to the main audition plot, and until that point, there seemed to be two storylines going on, one being significantly more prominent than the other. The costumed hopefuls and the glamorous superhero would have been enough to paint the superhero concept and the hero/idol comparisons the lyrics are full of. 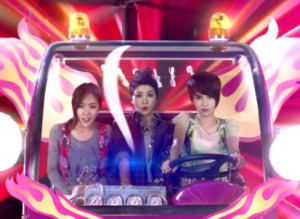 Also, as fitting as I thought the audition framing device was, it lacked a proper conclusion, rendering all that build up somewhat meaningless and leaving the video’s end anticlimactic and unsatisfying. Both ideas were in the process of being properly developed but just failed to properly mesh together in the end, instead appearing as two concepts crammed into one music video. And that’s a shame as even seperately, these were very stimulating and potent concepts with lots of visual possibilities.

But other than that complaint, I thoroughly enjoyed the rest of the video. As I said before, the visuals are great, sets, props, and effects included, all being colorful, youthful, and quirky. There were slight lighting issues especially in the last choreography scene where the lights were a bit too much and blinding, but it wasn’t too bad as in others where the bright lights appeared more like spotlights which fit wonderfully with the theme. The girls also looked great, their spunky casual attire in their individual scenes appearing personalized and distinguishable. Their coordinated outfits looked fun as well, even if the colored jersey/jacket combo isn’t my favorite. However, I loved the comfortable white shirt, denim, and sneakers combo. The outfits were refreshingly simple (maybe even too simple), and they allowed the girls to shine as themselves. 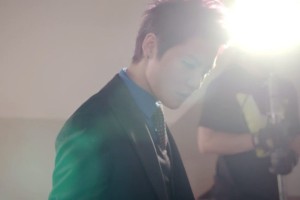 The choreography was also fairly innovative, being creative and thoroughly challenging, especially considering the mundane dances girl groups usually get these days. All the girls pulled it off quite well, giving off a feeling of confidence and sass, with special mention going to maknae Yezi as her (actually well handled) rap break was a highlight in terms of their dancing.

Overall, I was thoroughly impressed with their debut. The group’s first efforts sure has its flaws; “Vista” doesn’t cater to everyone’s tastes and proves to be a better experience accompanied with its equally flawed music video. But they have a confidence and energy that’s encouraging to see in a rookie group, and I believe these girls have what it takes to go pretty far.

Ultimately, I give “Vista” a 3.95/5. But what do you think, Seoulmates? Were you enthused by FIESTAR as much as I was? Or are they just another nameless rookie group to you? As always, feel free to drop a comment with your thoughts!