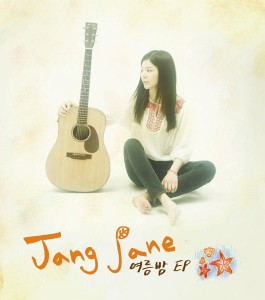 Singer-songwriter Jang Jae-in, also stylized as Jang Jane, is probably most well-known for her participation on reality program Superstar K2. Following the events of the competition, Jae-in was awarded third place, only falling short to the likes of Huh Gak and John Park who won first and second respectively. Jae-in charmed the public with her interesting charm, her emotive, unique voice, and her warm sense of musicality during her run in the competition, a sense that has thankfully been kept preserved throughout all her later releases.

Originally signed under Kiwi Music, Jae-in was able to keep her musicality in place, releasing a gorgeous OST for drama Athena: Goddess of War, mini album Day Breaker, and a handful of singles under the label, the most recent being the beautiful “No One Other Than You.” After the expiration of her contract with Kiwi Music and a short break dedicated to her studies, Jae-in has recently returned with her mini Summer Night, now signed under Namoonleaf Entertainment.

With summer almost over, we’ve seen a variety of carefree summer hits released in the Korean music scene, and while Jae-in’s Summer Night is similarly fitting for the lazy season of summer, there’s something about the album that sets it apart from the rest. While the majority of the summer releases focused on the enjoyment and the heat of the season, 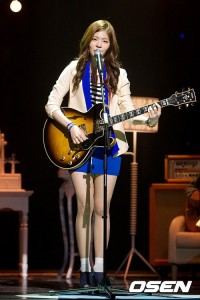 Jae-in’s Summer Night has a sleepy and melancholic ambiance to it that’s just as fitting. Carried by warm acoustics and Jae-in’s raspy, soulful voice, Summer Night conveys a cumulative feeling of growth that showcases Jae-in’s offbeat charm and musicality.

The album opens with lead song “Summer Night.” Starting off with fluid carefree guitar and Jae-in’s reflective sing-song voice, the track soon picks up pace with the addition of percussion and harmonica. Jae-in’s dream-like singing plays perfectly with the smooth instrumental, and she manages to sound reminiscent and triumphant throughout the entirety of the song. The verses sound playful and content and the chorus manages to sound encouraging and confident. If I had to nitpick, my only real critique of the song would be the sloppy transition from the second chorus to the bridge as it was a little abrupt. But otherwise, the bridge was so emotive and warm, and the progressive end transition back to the final chorus was such a delight to hear.

“Summer Night” was composed and written by Jae-in when she was 18 and first moved to Seoul to become a singer, and she expressed this transition in her life beautifully with her personal and recollective execution. The song was accompanied by a simple music video of Jae-in riding a bike through a linear road, drifting by various passersby, with the bike ride being symbolic of the transition in life the song speaks of. Jae-in looks great in her casual and natural clothing, and the plain landscape she rides through always looks grand in all the scenes, looking bright in the morning, dreamy during sunset, and festive at the night. 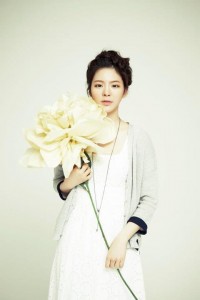 The next song of the album, “STEP,” features notably less acoustics in comparison with the other songs and instead features a multitude of delicate percussion, ranging from snaps to bell sounds, to create a quirky sound. The song is comprised of very basic and simple sounds layered together to add some interesting complexity in the instrumental. Jae-in’s whisper-like vocals are also similarly arranged, with her elongated notes being played on top of each other to give the song a unique, almost child-like ambiance. The melodic quality and the innocent feel of the song creates an interesting and fairly complex listen, and despite not featuring a clear hook, the sleepy song manages to stick to one’s mind for quite a while.

The succeeding song, “Rainy Day,” has two versions. The first version, revealed before the official release of the album, features the most dynamic instrumental and vocals of the entire album. Starting off with the delicate sound of rain against Jae-in’s signature acoustic guitar, the sound gradually gets added onto with the sounds of piano, drums, and even electric guitar until it climaxes in the bridge. Similarly, the extent of Jae-in’s vocal capabilities is most explored through this song. She sounds soft and wistful in the verses, strong and full in the fluid chorus, and absolutely spectacular in the soulful bridge where she tests her vocals with those stunning vocal runs. 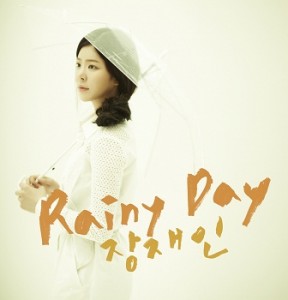 The second version of the song is much more subtle and delicate. The instrumental is very minimal, featuring only a simple and lingering piano and later on subtle acoustic guitar. The simple instrumental allows Jae-in’s voice to be the main highlight, and it just soars. She sounds considerably more restrained and more vulnerable, and the raw emotion and the conviction in her voice is just undeniable in this track. Once again, my only critique in this version lie in the transitions, namely the end transition from the last chorus to the closing adlibs. But other than that extremely minor critique, both versions of “Rainy Day” are just perfect, easily becoming my favorite in this album.

The last song of the stellar album is the fittingly named “Goodbye.” Being the slowest song of the album, it almost resembles a lullaby, particularly in the beginning half of the track. While Jae-in’s emotional delivery in the entirety of the album was already way above satisfactory, her delivery here is just breath-taking. She sounds melancholic and gentle toward the start but gradually grows to sound more and more desperate as the song deepens, until she sounds completely immersed in longing during the intense bridge. Furthermore, the repetitive use of the line “Goodbye” in the chorus adds a haunting and lingering quality to the track. That sound is only added onto with the sullen acoustics and harmonies used towards the latter half. The track leaves nothing but an impactful last impression that perfectly emulates the bittersweet feeling of parting. 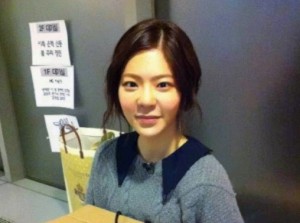 Overall, Summer Night is an album so imprinted by the offbeat style of Jang Jae-in. Jae-in doesn’t stretch her vocals much in the album save for the bridge of “Rainy Day,” but it’s absolutely fine since she sounded absolutely terrific throughout the entirety of the album and managed to show her ability as a singer while sticking in the range she’s comfortable with. Her emotional delivery was clear and personal, and she successfully and clearly conveyed a variety of emotions — from reassurance in “Summer Night,” to innocence in “STEP,” to wistfulness in both versions of “Rainy Day,” to utter desperation in “Goodbye — that showed her versatility as a performer despite staying in her preferred, acoustic style.

For knowing what works best for her and perfectly executing it, Jang Jae-in’s Summer Night gets a 4.7/5 from me. All the songs were strong to stand on their own, and they leave me excited for what Jae-in will show us next. So Seoulmates, what did you think of Jang Jae-in’s Summer Night? Was it a tranquil masterpiece? Or was it a boring sleeper? Make sure to comment below!