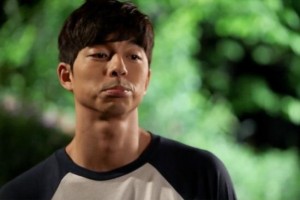 If you know how to appreciate eye-candy on screen, laugh on cue and stomach K-drama’s cliches, then I’m sure you will be enjoying Hong Sisters‘ latest drama, Big starring Gong Yoo and Lee Min-jung. To be fair, I also shared Salima’s hesitation towards the drama and wasn’t ready to jump on another body switching K-drama.

But who am I kidding? Voluntarily resisting hot dudes on screen is against my religion. To obey my K-drama gods, I gave Big a small shot. And the first two episodes were downright painful — Gong Yoo in that slimy greasy two timing doctor role was hard to stomach.

The hairstyle, the mannerism and cheesy lines almost resulted in three strikes, but luckily there was the car accident, the body switching and a clusterfuck of a situation. I agree with most of the viewers out there that we didn’t get to know enough about Kang Kyung-joon before the switch to allow us to recognize the difference between the doc (Seo Yoon-jae) and the kid (Kang Kyung-joon), but the way Hong Sisters approached the switch works.

If anything, watching their dramas taught me that they are willing to turn widely accepted drama conventions on its head and do something wild and entertaining. And this is where the psychotic Jang Ma-ri, beautifully depicted by miss A’s Suzy, comes in. 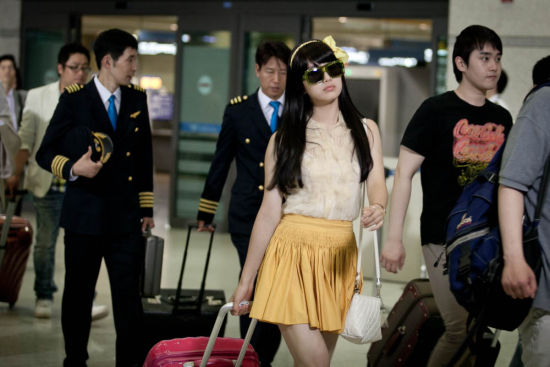 Before we get into her role, let me preface my indifference to Suzy. Many consider her as miss A’s sweetheart, but I never understood her appeal. Despite her looks, talent and strength (literally — the girl knows how to wrestle), she was just okay in my book. Then again, none of the female stars really look extraordinary in my book, but that’s a discussion for another day.

The batshit-like behavior that Ma-ri (Suzy) engages in without any hesitation was just the icing on the cake that I needed to be a loyal fan. While we all know that a stalker with that determined glare is scary and may need professional help, her obsessive behavior towards Kyung-joon opens the window to his past which helps us to better understand this illogical situation. Not that we are ever going to be satisfied with the set-up that lead to the body-switch, but one dedicated viewer can only hope.

Although Ma-ri’s role in this crazy drama is pretty minor, it was enough to make me start appreciating Suzy as an actor– as well as keep my interest in this drama. As soon as I feel like the drama is dragging, Ma-ri appears on screen to engage in the crazily obsessive, yet cute and understandable behavior. 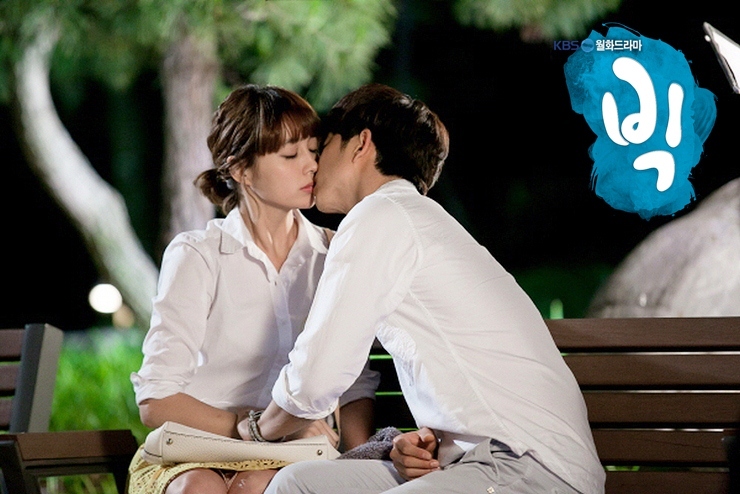 Enough about Ma-ri — let’s switch gears to talk about main leads. Come to think of it, there’s not much to say about the main leads. Gong Yoo is a great actor with the looks. His “Uh-oh” moments are precious and any scenes that display his abs are greatly valued. End of story.

Lee Min-jung is alright. She’s slowly inching her way up since her Boys Over Flower days, but she doesn’t seem to leave an impression. And it doesn’t help that she’s playing the dime-a-dozen passive, oblivious yet innocent character. In fact, no one would notice if someone switched AGentleman’s Dignity’s Yi-soo’s (Kim Ha-neul) lines with Kil Da-ran’s (Lee Min-jung) lines.

And let’s not forget about Big’s villains that we can freely hate because they are unnecessarily selfish, twisted, evil, and opportunistic.  Exhibit one: Lee Se-young (Jang Hee-jin), the doc’s old friend who wants to get back with him. In fact, she seemed totally fine seducing the doc, who was engaged, so it’s totally OK to hate her while we sympathize with Da-ran.

After six episodes in, the plot hasn’t progressed much other than introducing the overarching theme of the body switch and allowing us to get to know the characters better. While I’ve enjoyed the cute scenes, I’m rather disappointed in the lack of the plot progression and the seemingly fabricated nature of the conflict. The only thing that I’m looking forward to next week is how Ma-ri is going to deal with the fact that Kyung-joon is in Yoon-jae’s body. The conflict with the mother is just another over-used element in K-drama that I can do without, but it’s apparent here as well.

In summary, if you are looking for a fun laugh accompanied by good looks and witty lines to kill time this summer, then give Big a try. If you however, are looking for a production with a more interesting storyline and a good pace of the plot, then maybe skip to A Gentleman’s Dignity.