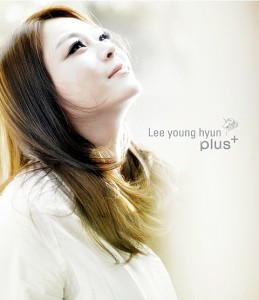 Lee Young-hyun debuted as a member of Big Mama, a group whose selling point was the intention to make music for the ears and not for the eyes. The extremely talented women often found it hard to put up with entertainment companies due to their demands over lack of promotion or creative control. Over the years, most of them ended up doing solo work: Lee Ji-young released a solo album, Shin Yeon-ah and Park Min-hye performed under the name of Big Mama Soul and Lee Young-hyun, the protagonist of this article, left to pursue a solo career.

Plus+, her first full-length album, features 13 tracks. Lee Young-hyun was heavily involved in crafting her album, not only as a singer and songwriter, but also as a composer and producer. Two title tracks were chosen: “Time,” a song that she penned, and “Far Away Little by Little,” which was written and composed by her.

The album starts off with “Spring,” a minute and a half instrumental that plays the role of an intro. The piano creates a calm and peaceful ambiance with a bittersweet undertone. Since the album talks mostly about dealing with separations, it was a good choice. The sounds allude to the feeling of calm after the storm; the subtle sad mood introduces the idea of rebirth, thus the song’s title.

“90 Days” loyally sticks to the declared message of the album. The beginning announces a slightly optimistic attitude. Lee Young-hyun is looking for closure after spending 90 days away from her past lover, but still finds it hard to get through 24 hours without remembering everything. She initially sounds composed and resigned but as the song progresses, her real feelings reach the surface. The rhythm fastens and leaves its light-hearted approach as the singer attempts to thoroughly explore her regrets and sorrow, while believing she can move on.

Also along the lines of despair, “Time” kicks in to reinforce the depressing atmosphere. As time passes, the love relationship had become weaker and weaker to the point where she feels her memories threatened. She questions what will resist to the time’s destructive force. She asks him in the end to remember her after she leaves and accepts that she passionately loves him, but finds it necessary to recover.


The video is beautifully executed, despite its apparent cheapness. Lee Young-hyun is locked in a stark white room, blindfolded, with her hands tied up — the inability to move coinciding with her lack of strength to accept the end of the relationship. As she struggles to release herself, black blood runs out of her veins, tainting her pure white dress. Still blindfolded, she is trying to make sense of what is around her and as she stumbles across different objects, they fall or turn black due to her poisonous tears and blood. When the room and her dress finally turn completely black, she dares to uncover her eyes. Also, while she wore a white dress for the close-up shots, she is now dressed in black.

The excessive use of clichés in the video did disappoint me at times. Her blindfold, the contrast between black and white, and the roses burning are hundred miles away from being original. They fail to send a message because the public is already desensitized. Furthermore, it doesn’t match the complexity of the song, which oscillates between different intensities, both musically and emotionally. I understand the need to keep it simple, but at times it was downright childish and ineffective. 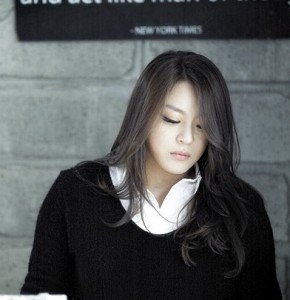 The lyrics are victims of a similar issue. No doubt, she is a talented lyricist and she manages to convey very well what she feels. But the imagery they imply restricts itself to things that have already been heard countless times:

That it will erase everything contrary to my wishes

This doesn’t strike me as being imaginative. Lee Young-hyun can do quality songwriting, as she had proved before and Plus+ has some really amazing wording at times. But when she doesn’t know what to say, she shouldn’t say anything at all. There’s no need for filler lines.

Fortunately, the cracks in “Time” were somewhat forgiven due to the next song, “Come Closer.” As on the other songs, her voice initially is dainty and fragile. The fourth track is a more soothing song, featuring a simpler melodic line. The chorus helps her expose her talent at its best, while the verses create the right context for the track. This is why it should have stopped somewhere at the three minute mark. She uses the bridge of a song to fully showcase her vocal ability, which is not something bad, but maybe she should avoid doing that on every single song. “Come Closer” could have revealed a more relaxed self, as the lyrics suggest, but when it resulted again in hitting high notes, the mood was ruined.

This habit of hers affected “Far Away Little by Little” too. The song is about the end of a relationship, as anyone would have guessed by now. Lee Young-hyun suffers from the break-up and apologizes at the same time for the hurt she inflicted. The vocals were just too much and the song aimlessly dragged on and on.


The video isn’t as much of a cliché, but is still not particularly subtle or creative. Lee Young-hyun plays the piano while a girl visits an abandoned house where she used to spend time with her boyfriend. Various things remind her of their past and when Lee Young-hyun gets to the bridge, she bursts out crying. But everything seems forced — both the song and the MV are bared of emotion. Maybe the live performance will contradict me, but for now, she has overdone it. It is too much and it nearly sounds mechanical while trying to reproduce the feelings she intended to express.

“Several Times a Day” brings a change. For the times you want to chill while still listening to something dramatic, the song has the right dose of optimism, love and cheesiness. The lyrics are sweet, she doesn’t exaggerate and she manages to get the message across. A lot lighter in tone than the previous ones, it was a gladly received break. 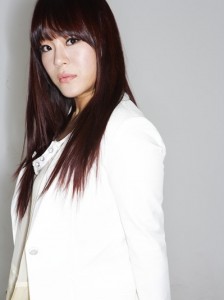 And it gets better. If the first part of Plus+ turns out to be stuffed, the second one makes up for the sporadic flaws. “I Could Forget” plunges more into the break-up theme. It is fresher and the only addictive track thus far. The other ballads are more traditional. “I Could Forget” though provides a catchier rhythm, being a necessary addition for the album. The instrumental welcomes the sound of guitar, not to mention the tin whistle which is the most memorable part of the song.

“Without You” strays even farther from the typical ballad. Better rhythm, new sound. One thing to mention: every song seems to describe a specific stage in a relationship. This ballad is about the moment where Lee Young-hyun detaches herself from the suffering. More confident than on the other tracks, she gets up, collects herself and moves on.

As the album draws to an end, the listener gets some fillers too: the instrumentals for “Time” and “Far Away Little by Little,” plus an earlier release, “Love Break-Up.” There are also two collaborations: “You and Me,” featuring the ex-Big Mama, Lee Ji-young, and “Fly High,” with Kim Tae-woo. The first one made me really miss Big Mama. They harmonize so well together and Ji-young’s distinctive voice adds a whole lot to the song. The climax of the track sent shivers down my spine and the ad-libs were impressive. As for the second collaboration, it was completely different from the rest of the album. The song is motivational and it was done to help children. It was refreshing to hear her sing this and chill down a bit. Not to mention that it is entirely in English and you can easily understand her words. Did I mention Kim Tae-woo sings with her?


Overall, the album has its bad and good parts. I would like to see Lee Young-hyun more tempered: simpler, but more expressive lyrics; efficient use of voice and high notes and maybe cool down a bit when it comes to composing or producing. She goes all in, which shows commitment, but runs the risk of delivering over-elaborated artwork. Also, her talent is breathtaking, only that there is a need for balance on an album: it doesn’t have to reflect into each one of her songs. In short, she has to pick her battles.

However, Plus+ is a good album. The ballads are engaging and the songwriting is above average. Each track feels like a complete experience. None of it is done halfheartedly. From the first note to the last, the songs exhaustively deliver a message. Moreover, when the album began sounding redundant or just too clouded, she began diversifying the sound. And for all these, my final rating is 4.2/5.

So what is your rating? What were your favorites from her album? 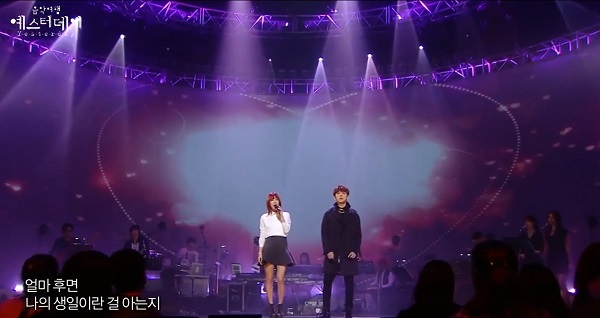