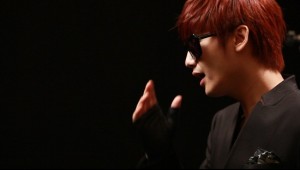 Heo Young-saeng, main vocalist of SS501, returns with his second mini-album, Solo. Heading the endeavor is title track, “Crying.” In this song, it’s easy to see why Young-saeng is a main vocalist: his voice is smooth and expressive, and it especially carries sorrowful sounds well. It’s also strong and capable of sounding hollow at the same time, important for group dynamics and beneficial for a solo venture.

Whereas Young-saeng’s solo debut track, “Let It Go,” had an orchestral dance sound, “Crying” opts for a background track with lower pitches, allowing for the vocals to really stand out. But as good as the vocals are, this is a MV Review, so without further ado, let’s get to it by first checking out the music video.

The music video begins with a dimmed view of the sun, which wonderfully compares the dimming felt in life when you’re parting from a loved one, whether it’s just breaking up a relationship or something more definite, such as death. It also directly relates to the first lines of the song: “‘Cause I can’t see you no more.” For most of the song, it’s unclear whether the main character suffers from heartbreak or grief. But a line here and there suggest heartbreak as his “scars remain,” indicating some sort of pain. Throughout the MV, Young-saeng traverses through areas that hold memories for him and his loved one. Driving on the road perhaps could be taken as the character’s movement backwards into memories as he still can’t let go of she whom he has loved. From the car he goes down the road that brought him memories and the to the room where they may have stayed as there’s still clothing there. Though it does seem rather barren, suggesting they’ve both moved away from there.

The cinematography was well done in the music video. The palette was kept to dark colors, mostly browns, blues, and purples with Young-saeng and his dancers sticking to a gray-scale for their clothing. The styling is also done to create looks that are chic and stylish, giving an overall pleasant look. Colors that often come off as bright, such as greenery or the color white in general, are muted and gray, as if a perpetual rain cloud followed Young-saeng wherever he went. It fits the feel of memories and sadness at parting with a loved one. Perhaps the scene best shot scene is the one on the street as Young-saeng and his awesome posse just waiting for him dance-walk down the sidewalk. The shots come from above, straight ahead, and the side, allowing for a really three-dimensional feel of the movements there. The only downside was that was most certainly not Garosut road, as the lyrics state. In fact, it was clearly near the intersection of Ashfield Avenue and Flaxton Street, as the road signs indicate in the background. You may recognize this as being close to the scene of the fire of FT Island‘s “Hello Hello.” 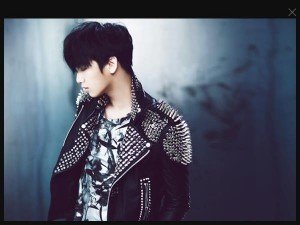 The MV is mostly a dance performance, but there is clear effort to incorporate the storyline. Rather than having it entirely separate from the dance, the storyline and movement occurs with the dance. There’s a progression: driving in the car, parking the car, walking down the street that has memories, and finally ending up in the room that is actually the first dance scene in the music video. At each location, except, of course, inside the car, there is dancing present. This steps up the video from having typical dance scenes inside those oddly-lit boxes–each location is part of the movement of the main character to each location. It documents his memories and development. The last scene is on a rooftop that is mostly dark with purple hues, but with a clear cityscape. The movement to that scene occurs after the word “tonight” in the lyrics in the previous room, which was a neat connection, but the scene itself didn’t contribute much to the music video. It may have had more significance if there was a change in attitude present in the lyrics, but as they continue with the same chorus, the cityscape remains just a pretty view.

Regarding Young-saeng’s acting, it seems that this man speaks more with his body movements than his facial expressions. He had mostly one facial expressions throughout the MV, but his hands and body had more emotion and expression put into them. Though, to be fair, some the places within the music video that were appropriate for intense facial emotion instead had his face too far away to be properly read, such as during his long note, or had his face turned away. But for a music video entitled “Crying,” it does seem odd that there is no crying in this music video. Normally if you hear or read a title, you expect it to reflect what is in the content. MBLAQ‘s “Cry” featured members crying. Park Bom‘s “Don’t Cry” had tears as well. So the only conclusion is that there is some sort of internal crying happening here. Maybe that’s what prevents the facial expressions. 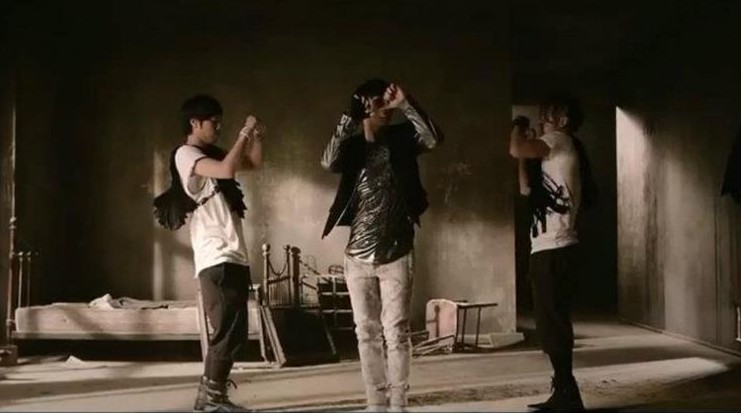 The dance was performed above average because of the delivery, but Young-saeng was sometimes off sync from the other dancers, apparent because of the synchronization of the backup dancers. Speaking of the dance itself, it took the title of the track to heart and incorporated actual movements from crying and mental anguish from sadness. There was a move that mimicked rubbing at one’s eyes, which often happens during crying, but its rhythm matched that of the song. In addition there was a move where all the performers are facing the side, and one arm is moved horizontally at eye level. Right after, the other arm moves up to grab the hair and pull the head back. This imitates wiping tears away and grabbing one’s head in pain or sadness. Moves that interpret the song’s message move me, so I particularly enjoy pointing them out and giving credit for them.

The song, vocally, had good expression. And the performance was a bit above average. But the intellectual expression of the song was lacking. Speaking of the sorrow of breaking up with another and still having her memory is a common subject among K-pop songs. While there was determination near the end of the song of this being the final moment of sadness, that there would be no more pain, the rehash of the chorus with the same made it seem as if that wouldn’t be possible, even leading to a darker idea that the main character really can’t live without this other person. I didn’t find that particularly stimulating or compelling, and the attempted plot wasn’t interesting enough to achieve a high rating on the intellectual scale.

Overall, Heo Young-saeng’s “Crying” gets a 3.5/5 from me. Its mix of dance and story was something I hadn’t seen before (or had seen but wasn’t memorable), and I enjoyed the dance and cinematography. While it could have been a better MV, perhaps introducing a parallel story or past memory to Young-saeng’s movement to different locations, it was still above average.

Did Young-saeng’s “Crying” make you weep for any reason: joy, sadness, indifference? Let us know in the comments!