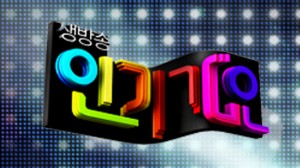 When it gets to the end of the week, many K-pop fans become excited to see their favorite groups perform on the multiple music shows: Mnet‘s M! Countdown, KBS‘s Music Bank, MBC‘s Music Core, SBS‘s Inkigayo, and a bit later, MBC Music‘s Show! Champion. But what stands out from these shows, aside from who wins and how that’s calculated, is the what is there in addition to the performances. Specifically, SBS Inkigayo amongst the many performances and MC cuts, have a couple of songs each week aimed at teaching, essentially, good behavior to the viewers. The subject of the song varies depending on the focus for the certain period of time. For example, recently, Inkigayo has been promoting road and traffic safety and workplace etiquette.

Although I don’t understand the words of the songs sung, the message is usually something very easy to interpret from the gestures, props, and special effects used. For traffic safety, there are sometimes cartoon-ish cars and outfits used to play characters and demonstrate what should and shouldn’t be done or the group might be in a different location, such as in an amusement park on the bumper cars to get the message across. For the promotion of milk in a diet, members very clearly drink milk and become more lively and positive. The range of subjects generally intend to promote healthy habits all around. A few of the campaigns I can think of right now were for anti-piracy, milk, eggs, traffic safety, anti-smoking, and environmental safety.

These songs come as welcome and enjoyable distractions from the slew of performances that music shows bring. I appreciate that there are no commercials between performances — it’s a welcome contrast from nearly any program I could watch on television in the United States. While sometimes they can get a bit too much on the cute side for my tastes, I also appreciate the purpose of these little snippets of song. 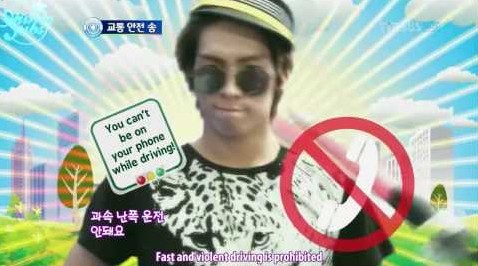 Inkigayo, like most music shows, has a lot of viewers that watch for the idol groups. As a result, it’s safe to say much of their audience is young, ranging from elementary school to those in their twenties. Presenting these fun songs in between performances is a good way to begin instilling characteristics of healthy and good behavior in the youth of Korea. Because the songs take advantage of a multitude of props, exaggerated gestures, and expressions, the message is easy to understand for people of all ages.

And since those acting out and singing the well-meaning songs are the very people that they are there to see, it has a greater impression on the audience. If those that they idolize abide by proper rules and take care of themselves, then the viewers should as well. It’s the same impact that happens when popular celebrities endorse products or ideas, such as Lee Hyori promoting proper animal care or stars publicly advocating with organizations such as the People for the Ethical Treatment of Animals (PETA). For especially the younger population that has not graduated from high school, seeing idols that are of a similar age behaving responsibly has the potential to cause similar behavior in the younger students, hopefully setting an positive precedent for them to follow in the present and the future.

It’s for that reason that when these performers are involved in incidents that contradict the ideals they are supposed to follow, it becomes a grand incident. For example, last year Big Bang‘s Daesung was involved in an accident that involved aspects out of his control. But the very fact that he was in an accident belies the traditional traffic safety rules that idol groups promote on Inkigayo. While this is not the only reason that his scandal was a large event, the impropriety does explain why it was considered appropriate for him to disappear from the public eye for an amount of time.

This being said, the moral value of the songs is greater for the younger population directly in Korea, rather than for international fans of the music. The structure of the school system and the relationships between people are different in Korea from say, the United States. For most international fans, these songs are just an opportunity to see favorite groups outside from their music performances, often acting in an amusing environment as the purpose of these songs to an extent is to amuse. They can put a smile on your face, but they don’t necessarily have the same educational impact that they might have within Korea’s culture. They are practical to a certain extent and can be influential, but that influence can’t be extrapolated to all fans.

I’ll leave you with FT Island promoting traffic safety, but don’t forget to let us know what you think of Inkigayo‘s special segment songs! Do you think they’re productive? Amusing? Leave a comment! 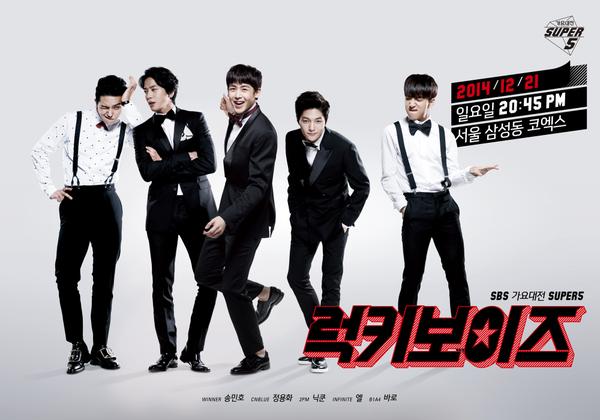 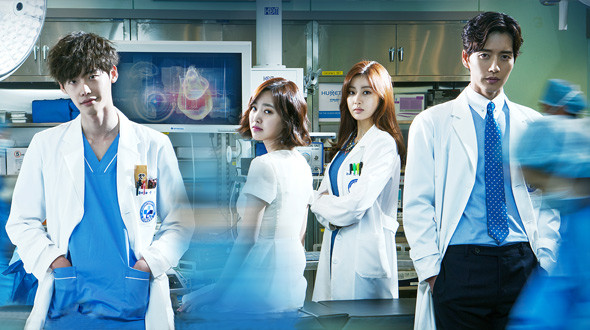 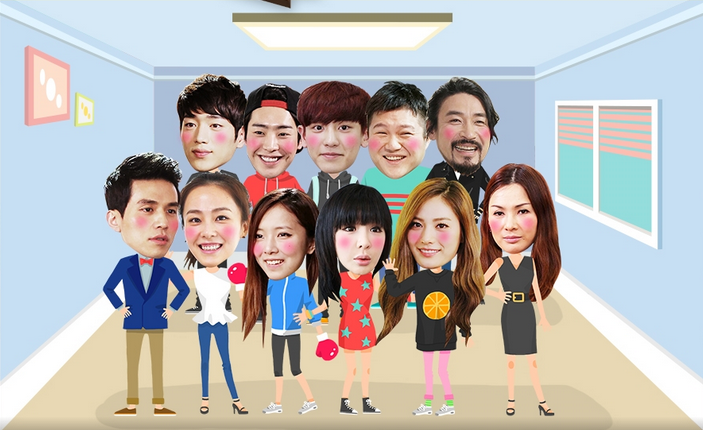