If you don’t like Daniel Henney for his acting, then it’s almost a given that you at least appreciate him for his out-of-this-world good looks. You probably first saw him during his debut role in the Hallyu phenomenon My Lovely Sam Soon and wondered, “Who is this handsome guy with the perfect American accent?” And then you probably realized that he didn’t actually have an American accent but was in fact American. And the more you watched him, the quicker you probably came to the conclusion that he could speak barely a word of Korean.

Daniel Henney’s come a long way since Sam Soon. He’s appeared in several Hollywood films (including his role as Agent Zero in X-Men Origins: Wolverine), maintained endorsements in Korea, and has steadily been working on incorporating more and more of the Korean language in his K-drama roles (by “more and more” what I really mean is “the bare minimum,” but we can’t say he isn’t trying). He recently promoted his new film Shanghai Calling in Los Angeles, where he won an award for outstanding achievement at the Newport Beach Film Festival. Henney has accomplished a lot for himself both in Korea and in America.

So why is he still considered an outsider in Korean entertainment?

As a Korean-American, Henney experiences what is called “double consciousness”: he takes on the challenge of balancing his Korean-ness with his American-ness. And while being multicultural is a beautiful thing, it can also be a burden when members of your respective nationalities don’t think you are, for example, “Korean enough” or “American enough.” Interestingly, Henney’s newest film touches on this issue. He plays a Chinese-American lawyer who is sent to Shanghai for business. Hilarity and poignancy ensue when he commits a number of social faux pas, and faces the challenge of tip-toeing back and forth between his familiar American culture and his Chinese one. 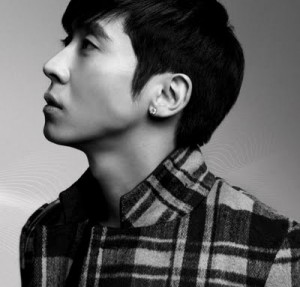 Henney’s upbringing in States coupled with a limited navigation of the Korean language have kept him boxed into K-drama roles that don’t challenge him as an actor. He’s consistently relegated to second leads with names like Philip and Henry and David, all used to highlight the fact that he’s not a “traditional” Korean. But maybe Henney isn’t worried about being accepted as a Korean star. He’s done such a good job utilizing his work in K-dramas to propel him to Hollywood, that it’s possible he feels more at home in America anyway.

Henney is not the only Korean-American who faces the challenge of rectifying his Korean identity with his American identity. Brian Joo is another example of a Korean-American entertainer who has had to deal with a confusing double consciousness. Born in Los Angeles and hailing from New Jersey, Joo only made the move to South Korea at the age of 19. In 2002, when asked on a radio program what he felt about the infamous Highway 56 Accident that resulted in the deaths of two Korean girls by a U.S. Army armored vehicle, he responded:

While the American soldiers must be brought to justice, I do not want relations between Korea and the United States, my home country, to become strained.

News outlets misreported his statements as:

You can’t talk badly about the United States in front of me; I’m an American. Please only hate the American soldiers.

The Korean public, whose anti-American sentiments had surged because of the Highway 56 incident, were outraged by the comments, misconstrued or not. Joo later released an apology for the comments:

Since my Korean isn’t 100% good, I believe what I said threw a lot of people off. I would like to take the time to apologize. Please don’t be upset with me for this misunderstanding.

Joo’s controversy was a reminder that despite success in Korea, Korean-Americans still hold that stamp of being unequivocally American, and can land themselves in hot water if their statements and actions suggest an unchecked loyalty to a place other than South Korea.

Jay Park is probably the poster child for what happens when an identity crisis leads to dire consequences. In an interview with Complex Magazine last year, he shared the feelings of alienation he felt upon leaving his hometown of Seattle for Seoul as a trainee. 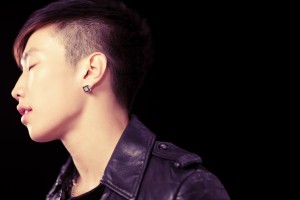 Jay lived in Korea, but it didn’t feel like home. Those feelings of confusion and separation were the catalyst for his “I hate Korea” and “Korea is gay” Myspace comments uncovered in 2009. Not only did his comments reflect those feelings, but they also highlighted the differences in which Korean and American teens express themselves, at least in a public forum. His comments also had the negative effect of reminding Koreans that Jay wasn’t really Korean — or rather, hadn’t grown up living an authentically Korean experience. While he might have been singing and dancing in a Korean boy group, he was still an American who had grown up in America. Livid fans demanded that he go back to where he came from — and he did just that, jumping on a flight back to Seattle where he felt more at ease.

Now that the dust has settled from that controversy, Jay has made an effective effort to balance his identities. He’s released projects in both Korean and English and is well received when he travels between countries. And now, when he makes language mistakes on television, it isn’t a source of shame but rather humor.

How Korean-Americans are perceived in Korea is complicated and ever-evolving. The extent to which Korean Americans in Korean entertainment — and other factions of society – -are accepted depends on a mixture of their grasp of the language, understanding of the culture, and a willingness to assimilate. But those who struggle to maintain an emphasis on their Korean identity find it difficult to fully capture the hearts of a Korean audience.