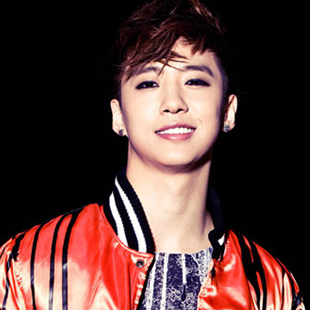 Best Absolute Perfect, known to most of us as B.A.P., made their return to the K-pop scene a few weeks ago with the high energy, bass thumping angst-fest “Power.” Of the many rookies that took to the music stage as of the new year, B.A.P. has managed to hold their own ground with their striking image, feisty sound, and unique group dynamic. Success and popularity have smiled kindly on this group of talented performers.

At the core of B.A.P., however, is an individual whose distinct talents, history, and voice have not only brought serious wow-factor to the group, but also turned every unsuspecting listener into a raging, blushing fangirl, this author included. This individual is none other than B.A.P.’s leader Bang Yong Guk; the one and only, the infamous BYG.

Born March 31st, 1990, in Incheon, South Korea, Bang Yong Guk would grow to be a quiet and complacent young boy who thrived on the sounds of hip-hop. The younger of two identical twins, Yong Guk was believed to be a mute until he was five years old, as he feigned speaking and interacting with most others. Sports was perhaps the first medium through which Yong-Guk began to break out of his shell. Because he excelled at soccer and basketball so much in his younger years, many believed he was destined to be an all-star athlete. However, hip-hop had another fate in store for our young hero. 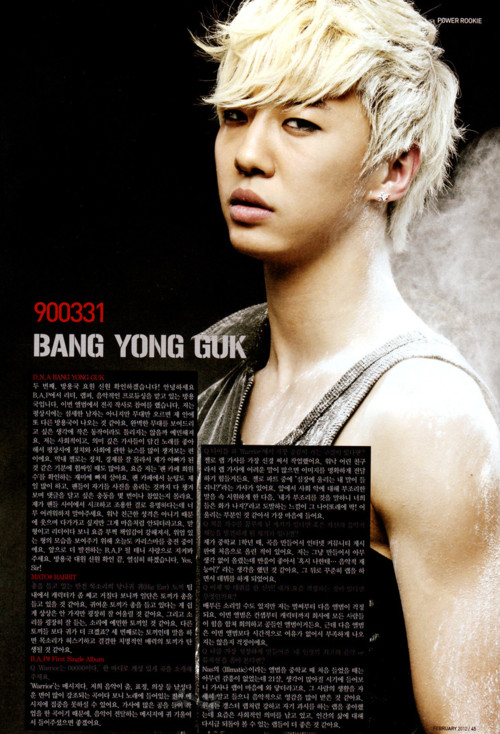 BYG first encountered hip-hop and American music at a young age, through his older sister, and was lovestruck from the first moment onwards. In junior high, BYG began writing his own rap lyrics. He was later recognized on an online music forum for posting some of his works, and was eventually contacted to be part of the underground hip-hop crew Soul Connection. My fellow writer Ambika did a phenomenal job of profiling BYG’s underground career as Jepp Blackman of Soul Connection earlier this week, so if you are interested in some of BYG’s underground material, check out her article.

All the while he was an underground Soul Connection sensation, BYG was a quiet and diligent high school student who balanced music and school simultaneously. Upon completing high school, BYG received an excellence award for his high marks, was given a scholarship to study chemistry at a university, and was even offered a job from the Samsung Corporation. Anyone other young man at the time would have been content with the odds put out before him. Bang Yong Guk, however, was not just any young man. With a serious decision placed before him, the rebel inside Yong Guk broke free and endeavored down the path he had always known and loved: music. In 2010, BYG was contacted by TS Entertainment after the company was prompted by hip-hop duo and BYG’s friends, Untouchable. It was here that his formal music career in mainstream would begin.

In March 2011, the name Bang Yong Guk was introduced into the world of K-pop. BYG was featured in labelmate Song Jieun‘s song “Going Crazy,” of which he composed all his own raps and performed alongside Jieun. The song’s success put BYG under the limelight if only for a moment, as the pop audience at large relished his husky and charismatic delivery. I mean, let’s be honest here, its hard not to be smitten after hearing a voice like that.

[youtube http://www.youtube.com/watch?v=n1TLaZp1i8E&version=3&hl=en_US&rel=0] In August 2011, BYG released a song of his own, “I Remember,” featuring Yang Yoseob of B2ST, which peaked at #22 on the Gaon charts, making it a moderate success at the time of its release. In November 2011, a couple months before B.A.P. had been heard of, to-be member of B.A.P. Zelo teamed up with to-be leader of B.A.P. BYG to promote a duo promotional track, “Never Give Up.” Yong Guk may have branched out more and more into different realms of music as he explored his career as idol, however, his rapping was never too far behind everything tune he lent his voice to. [youtube http://www.youtube.com/watch?v=nHrx5dWxcJ4&version=3&hl=en_US&rel=0] [youtube http://www.youtube.com/watch?v=_nXwNY9caKw&version=3&hl=en_US&rel=0] Fun fact: B.A.P. member Himchan was covertly acting the role of extra in the “Never Give Up” MV–see if you can find him!

Yong Guk’s trademark is his deep, reverberating voice. His role as a rapper often takes on an aggressive tone, which has only furthered the development of his unique musical entity. But even when he is not stomping his feet or smashing cars with a hammer, BYG is able to produce fluid sound as even his singing voice is a rare deep timbre that is equally capable of making one shiver. His stylistic approach is surely one that I can’t say I have seen before, and that is perhaps all because of that irresistible voice. 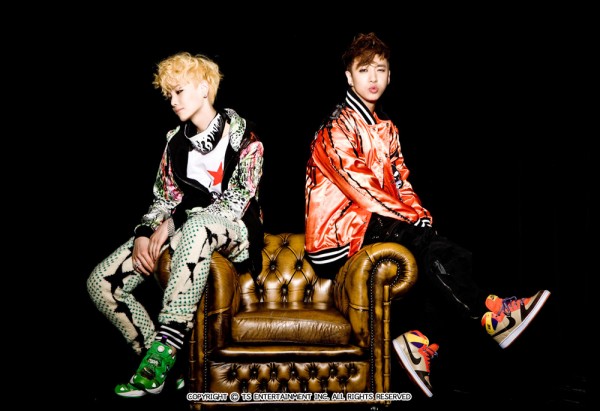 To me, Bang Yong Guk is so much more than just a rookie idol. He is a musician, he is a rapper, he is an individual whose passion for music cannot be justly summed up in a few short paragraphs. From his stint in the underground to his rise to mainstream fame, Bang Yong Guk has fought long and hard on his journey to achieve his dreams of living through music. Apart from being one of the sexiest men alive, one capable of melting me into a pool of fangirl mush with just the sound of his voice, Bang Yong Guk is a respected artist whose fierce drive is an endearing testaments to his talent. He seems to shine any which way he approaches the stage, and maybe that is because music has been such an important part of his life for so long. All in all, it’s hard not to love a kid who has lived and lives by the motto,”Do what you like, love what you do.”