Promoting a member over the others is as old as idol groups. And although generally speaking it is not well seen by fans, who usually crave for a better distributed spotlight (see Hyuna and her so-called backup dancers), it is not random and also not necessarily negative for the popularity of the group as a whole. In fact, it is often used by the companies as a way to make the name of the group more known, not only to favor the solo career of a certain member.

Although the already mentioned Hyuna is the most known example of this phenomenon (well, the intentions of her company to promote 4minute in this case are… foggy), I would choose U-Kiss‘s Dongho as the most representative one.

Dongho is by far the U-Kiss member with more individual activities, and the other members have often expressed their gratitude towards him for all the work he does to make the group’s name widely known. He has done lots of dramas, movies and varieties; really, lots — especially considering that most of the other U-Kiss members don’t have any individual activities at all. Dongho’s role in U-Kiss is rather undefined; yes, he’s a rapper, but he is not very relevant as U-Kiss has already two other rappers, so Dongho’s role is actually limited to, well, promoting the group with individual activities. Even though the intention of NH Media seems to be to promote U-Kiss through Dongho’s success, it seems risky in this case: the name of the group can also get easily lost if the member is successful in a field that isn’t really related to music.

Even though Joon is not the only member in MBLAQ with individual activities (G.O released a solo single and had a pretty outstanding appearance in Immortal Song 2), he’s still considered the face of the group. In short, he is everywhere — variety-wise, of course — creating the myth of airhead Joon we all know. But how can you secure that viewers will remember him as ‘MBLAQ’s Joon’ and not just as ‘babo Joon’ the individual? 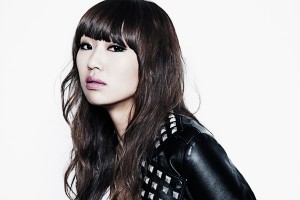 At this point, though, over-promoting a certain member doesn’t seem to be working much. Sure, Dongho has his future assured even without U-Kiss, but it doesn’t seem like U-Kiss’ success has been at par. And Joon has created a persona for the varieties which is pretty hard to identify with his performer persona. In the case of Hyuna, it seems that lately 4minute’s songs aren’t doing as well as her solos.

But there is a need in using a certain member to promote a group, which SISTAR, for example, does effectively in a different way: they are actually promoting the main singer. Sure, main singers aren’t always mistreated: lots of them have solo singles or songs in OST, collaborations, musicals, etc. But it’s not that common that the main singer becomes the face (aren’t there always some not-so-talented members that are there because they are pretty or funny for those uses?). And therefore, the way in which Hyorin is promoted is based on the fact that she’s a singer and her voice is outstanding. Hyorin is definitely a big thing in K-pop now, especially since her appearance in Immortal Song 2. She also does well in varieties, while the individual activities of the other members — Soyu? Dasom? who? — are barely nonexistent (except for Bora‘s appearance in Invincible Youth 2).

“Alone,” SISTAR’s last single, is their most successful single to date. Of course there’s no way to know which part of the success is thanks to Hyorin and which due to “Alone” being their best single to date, but looks like Hyorin success is at least not playing negatively.

Companies seem to have a special interest in promoting group members in different fields: acting, modeling, mcing. In practice, it does make sense to want to have your idols everywhere and at the same time preparing them for a solo career in the future. However, promoting the musical talent of at least one of the members looks like a good marketing strategy lately (who would have thought that?). So to the question “Is over promoting a member beneficial for the group as a whole?” there’s not really a definite answer, because a member can be promoted in many different ways.

But even in the cases it does work as a marketing strategy, it will always leave me wondering: yes, but why promoting only one of the members when you can promote them all?