What's in an OST? 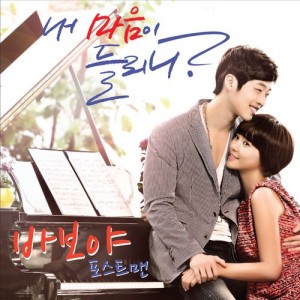 A Korean drama without a suitable OST (official soundtrack) is like a scary movie without the sound effects: pointless. Most K-drama watchers are familiar with the OST aspect of dramas — every single drama that is aired has its own unique soundtrack, chock full of songs recorded by a plethora of artists, idols and non-idols, of different genres. There are slow ballads on every soundtrack, as well as energizing, upbeat pop songs. The directors of the drama then use the songs from the soundtrack in scenes throughout the drama to emphasize certain emotions in scenes, effectively drawing us viewers into the story of the characters even more. Sometimes I even find myself singing along (badly) to a few of my favorite songs from a drama’s soundtrack in the last few episodes. It’s no question that skillfully-recorded OSTs can add to the success of any K-drama. 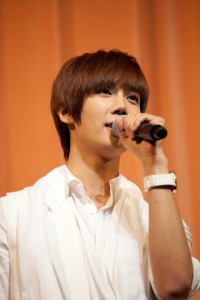 It’s not very hard for music directors of a drama to find artists who are willing to record songs for OSTs. Since most actors nowadays also dabble in music and are passable singers, some of them choose to record a song for the OST. Jung Il-woo recorded a song for both 49 Days and Flower Boy Ramyun Shop, and Kim Soo-hyun also contributed to the soundtracks for Dream High and The Moon That Embraces the Sun. For the Secret Garden soundtrack, Hyun Bin recorded “That Man,” a heartfelt ballad that conveyed all the emotions of his drama character. Dramas who boast an idol actor or actress can also draw upon their skills for the OST. IU‘s “Someday” for Dream High received positive reviews after it was released. Jaejoong‘s powerful vocals were featured in the soundtrack for Protect the Boss in “I’ll Protect You.” One of the only things I liked about Heartstrings was its soundtrack, thanks to the fact that Yonghwa practically recorded a third of it. Music directors may also choose to ask members of an idol group (regardless of whether or not they have a fellow member in the drama) to record a song for the OST. Park Jung-min displayed his strong vocals in the track that he recorded for Princess’s Man, “Missing You.” Park Gyu-ri from KARA helped with the soundtrack for City Hunter, which featured Goo Hara, by recording “I Only Look at You.” Even more recently, both Tiffany and Taeyeon have contributed lovely vocal tracks for Love Rain and King 2 Hearts respectively. The track that Taeyeon recorded for King 2 Hearts is particularly moving — paired with some seriously sad scenes, I found myself reaching for the tissue box more than once this past week.

But some of the best tracks on a K-drama’s OST are recorded by artists who have nothing to do with the drama itself. Many music directors choose to invite older actresses or actors to record a track for the drama, and those tracks almost always shine on the soundtrack. “Suddenly” by Kim Bo Kyung stands out in my mind as a particularly beautiful and moving addition to the City Hunter soundtrack because it did a great job portraying both the feelings of Yoon-sung and Nana.

Most tracks on an OST for a K-drama can be categorized under either a ballad-esque song (used during particularly sad and emotional scenes in the drama, i.e. Character A has just witnessed Character B hugging Character C and is walking home alone in a depressing state of mind) or a happy, upbeat song (used during more optimistic scenes, i.e. Character A is on a cute date with Character B and they are having a grand time). Through the contrasts between the two types of OST tracks, the drama plays upon the emotions of its watchers. Check out the differences in the music between the following scenes from Boys Over Flowers. 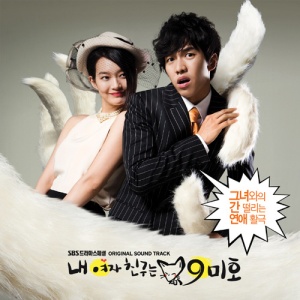 The choice of music for each scene in a drama is selected very carefully to maximize the emotions viewers are supposed to feel during that moment in the story. It’s more than just pretty background music — it’s a strategy to draw us even farther into the drama, making us feel what each character is feeling. It’s why dramas make us cry — we get so emotionally invested in the drama that we literally feel the emotions that the character is going through and we sympathize with them (no matter the situation, be it cancer, the death of a loved one, the pain of not being remembered by a loved one, etc.). It’s why dramas make us laugh too — a cute moment emphasized by a cute song is undoubtedly trying to draw a smile from its audience. Each song on a drama’s soundtrack contributes a little to the drama itself emotionally.

There is one genre of K-dramas that uses OSTs a bit differently. Action dramas not only have sweet ballads on their soundtracks, but some of them also include intense orchestral pieces that are used liberally throughout the drama to add suspense to the action sequences. Other genres of dramas also use instrumental pieces, but they are usually not added to the official soundtrack.

Soundtracks practically define a drama. Each soundtrack is unique and each song on the soundtrack for the drama has never been used before. And let’s face it — music directors are pretty darn good at pulling our heartstrings or making us smile with their music selections. Some emotions cannot be simply stated, so the inclusion of certain tracks on soundtracks make it possible for the drama to directly influence our emotions to match those of the characters. In my eyes, songs from drama soundtracks are extremely underappreciated, because a lot of them are of great quality and musical finesse. Also, downloading songs from a drama’s soundtrack onto my iPod helps alleviate post-drama depression… for me, at least.

Have you guys ever paid attention to OSTs before? What are your favorite OST tracks, Seoulbeaters?