One of the most difficult jobs a person can have is that of a parent. Raising kids and molding them into respectable, upstanding citizens is a task worthy of infinite praise. And there are many ways to rear children: bribing them to do what you want, offering up some tough love, or paying the nanny to do the work for you. There are loads of ideal methods for raising children. But when I’m old enough to be a parent, I know where I’m taking my parenting tips from.

Why browse through book stores and hunt down manuals on parenting when Korean dramas teach us this art so much more efficiently? K-dramas teach us how to deal with rebellious offspring, show us how to handle it when our daughters bring home boyfriends, and explain how we’re supposed to prepare for our childrens’ futures. So if you don’t mind, I’d like to share with you what I’ve learned about how to raise kids from my favorite K-dramas.

1. Never be satisfied with any significant other that your child brings home.

Let’s be honest. Most girls just won’t be good enough for your son. And chances are, the girl he brings home to meet you is the worst of the bunch. So rather than sitting around waiting for your son make the biggest mistake of his life, it’s better that you take action! And by “action” I mean chase his girlfriend away by any means necessary. 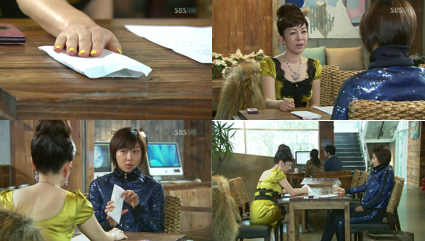 Invite her to a cafe. Sit her down. Then inconspicuously slide her an envelope. Without you even saying a word, she’ll know what it means. An envelope slid across a table always, always contains cash. Everybody knows that an envelope full of cash is the international symbol that you want someone to scram, to beat it, or to get lost. And if she doesn’t take your envelope filled with moolah, it doesn’t mean that she’s a noble and respectable person; in fact, it means that she’s not smart enough to take your money and therefore she really isn’t good enough for your son. If she rejects your money, find the nearest glass of water and throw it on her. That will teach her not to take your bribes.

If you want to opt out of throwing a glass of water at her, which could (and probably should) get you arrested, try threatening to ruin her life. Tell her you’ll get her family evicted from their homes. Or that you’ll get her fired. Or even better, tell her that her relationship with your son will end his career. That is sure to get the guilt settling in. 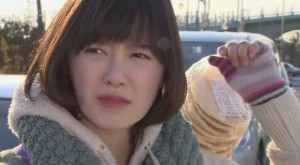 It all seems cruel, but really, who wants a poor girl as a daughter-in-law? She may have a heart of gold but if her pockets aren’t filled with gold then she’s got to go! Instead, find your son a different love interest. One who suits your tastes. So what if your son hates you for the rest of his life? At least you get to tell your friends that your daughter-in-law comes from a wealthy family.

2. Force your son to work in your huge corporation that he has no experience or interest in.

The only thing worse than allowing your son to fall in love with a girl you despise is allowing him to follow his dreams. Does he want to become an actor? Crush those dreams. Does he want to become an artist? Nip that in the bud. Does he have aspirations of becoming a humanitarian, saving the lives of young children and advocating for social causes? Heavens forbid! The only social cause your child should be worried about is keeping the family business in the family name! 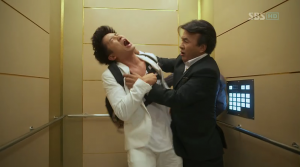 So when should you start drilling into his head that he will be the sole heir to your company? Well, if you’re not doing it during his infancy then there’s already a problem. But if you must start late, do it while he’s finishing up high school. High school is the perfect time to demand that he run your multi-million dollar corporation. Running your business will fall somewhere neatly in-between getting ready for prom, applying to all those colleges, and taking those SATs. Don’t worry about him failing to run your business smoothly; in K-dramas, inexperienced sons always miraculously become experts at running huge corporations.

3. If you’re a father, engage in lots of gambling, drinking, and bad business decsions that ruin your family. 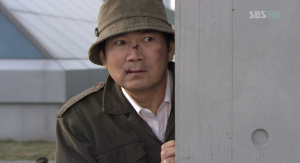 Traditionally, mothers are the heart of the family while fathers represent the rock. But K-dramas have convinced me that fathers who engage in a little bit of gambling here and there are a-okay too. Even if that gambling results in some slight bankruptcy. If you’re a father, the best thing to do after causing the downfall of your family is to lay low for a while. Disappear for a few months. That way, you won’t be held accountable for all of your mistakes. Leave your kids with someone else–preferably with someone you don’t particularly like, because that makes a lot of sense. Fake your death so that way your debts are cleared up. Faking your death is the best solution because when your family finds out that you actually aren’t dead, they’ll be ecstatic to see you! In fact, they’ll be so happy that you’re alive that they forgot to be angry that you bankrupted and abandoned them!

4. Parents who spoil their children are probably clueless and bumbling.

If you’re not a devious, conniving, gambling parent, then your only other option is to be a parent who is out of touch with your child and the world. Some parents may have experience running a huge company, laying down the law for thousands of employees, and dominating the boardroom with an iron fist, but when they get home they turn into little kittens desperately vying for their child’s love. They spoil their child and get jealous when their kid mentions how much they love Pororo. They’ll be damned if they lose out on their child to a blue penguin in dorky aviator glasses.

If you decide to be this kind of parent, you’re probably going to misunderstand your child a lot. And the only way to understand him is to get others to understand him for you. Ask a young lady to double as both his body guard and his therapist. Because how else would you find out that your son has a chronic anxiety disorder? Or let your son join a rag tag team of ramyun shop workers. Because it’s the only way he’ll learn the rules and heartaches of love. Why have the awkward discussion about the birds and the bees when he can just learn about it firsthand?

There you have it folks! This is the ultimate guide to parenting according to K-dramas. While I admit that I don’t have any kids yet, I’m still going to contend that these guidelines will ensure that you have a healthy, well adjusted son or daughter in the future. What have you learned about parents through watching K-dramas? What themes and motifs stick out to you most about the lengths parents go to to have a stand out child?