DSP Media, home to current Hallyu idols KARA, is set to debut a new boy group under the name of A-JAX (project name: DSP Boyz). This will be DSP’s first boy group debut since A’st1 in 2008, so it will be interesting to see how they will promote what has been called SS502, the successor of SS501. When thinking about it, DSP isn’t like the Big 3 in the sense that their groups will automatically do well. However in respect to the company that made Fin.K.L, let’s take a look at what they have put out for this budding group of young men.

A-JAX is a reference to the Trojan War hero who assisted in the eventual Greek domination of the Trojans. The group consists of seven members and is supposed to be a group that even in the competitive idol industry will reign on top as a hero. Like SM, DSP is turning this into a teaser-fest. Four group teasers have been released for their reality show “Making the Star – DSP Boyz.” However, unlike SM, they spread the wealth and also made an individual teaser for each member.

All of the teasers are essentially the same thing, save a member change and choreography adjustment. Each teaser shows -insert member- dancing to music that is better suited for a movie trailer than it is for an idol’s debut. After what might be considered dancing in some cases, each member moves their hands in a circle and creates an alchemy array/symbol. What this has to do with the group is as much your guess as it is mine. Finally, their pseudo-blasphemous act causes their eyes to change color.

Hopefully there is a tie-in to all of this at official debut because it honestly makes no sense.

In the teasers there is the obvious dance talent, as found in maknae Seung-jin (above), Hyo-jun, and Seung-yup. Everyone else is assumed to be a vocalist and/or rapper. Thankfully, DSP is aware that they were vague in these teasers, and released additional information on the same day the teasers were released: vocalists include Yun-young and Sung-min, the title of Rapper has been given to Leader Hyeong-kon, and Jae-hyung is probably that one member who doesn’t seem to have a role. (Expect hate, Jae-hyung, especially if you become popular.)

Based off these teasers, it’s hard to identify talent. Luckily, there are some pre-debut videos that demonstrate the potential of this group. The audition video for Seung-min, the lead vocalist, showcases that he can certainly sing. Logically, Yun-young, the main vocalist, should be even better, meaning that A-JAX might not get the flack KARA does in the singing department. Similarly, Hyeong-kon auditioned for Superstar K2, and more recently, he also performed with KARA’s Nicole at their KARASIA concert. It’s pleasantly surprising to see he can carry a tune. His rapping is semi-horrendous in the Superstar K2 video, but if his singing is at this level, his rapping should be more than acceptable. Jae-hyung also has a pre-debut video but he showcases no talent in lieu of being rich, a smooth talker, and a kitten lover. My perception of him as A-JAX’s Goo Hara still stands.


Four teasers were released for A-JAX’s reality show Making the Star – DSP Boyz. Conceptually, these teasers were worlds better than the member teasers. They paint the DSP Boyz as mischievous and urban, which is a concept undetectable in the other set of teasers. Use of parkour (parkour!) made it seem like they were participating in a glorified version of Running Man. The dubstep background music wasn’t half bad either, although with DSP’s history, it’s not likely to be used the Boyz’ musical identity. Although I can’t say I’m excited for the reality show, it did make me interested, which is really the point of a teaser. For those that haven’t actually watched this teaser or the other more mysterious one, the reality show is currently airing. 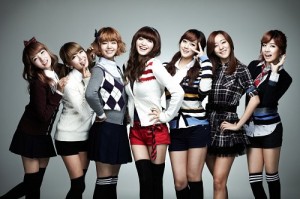 Looking at the entirety of the trailers, it seems as though DSP is trying to stretch the money KARA earns for them because their “four” teasers are essentially just two concepts rehashed twice. Even for their individual teasers, there is no effort put into changing the background music or backdrop. Honestly, it just seems like a cheap marketing strategy. Skimping on some part of their promotion is a poor choice when, frankly speaking, DSP’s latest two ventures weren’t exactly successful. A’st1 disbanded one year after debut and can anyone honestly say that Rainbow has made a place for themselves in the market 2 ½ years after debut (a la 2NE1 or f(x))? With that said, Rainbow has become slightly more popular recently, so maybe DSP revamped their PR department. A-JAX is debuting through a reality show while neither KARA nor Rainbow had such opportunity, but even with the help of their reality show they are going to have to work hard to stay in the K-pop industry.

This year in particular will be hard for new boy groups. Well-known agencies like SM, Cube, Pledis, and TS have already released their new boy groups, with many more on the way. I don’t expect A-JAX to be noticeably different than any of the groups that have already debuted; if they were planning on doing that, they would have marketed A-JAX in a different way. However they should at least debut with a song that lives up to pre-debut hype, that hopefully won’t be something as misguided as Rainbow’s “Gossip Girl.”

Since their initial project name was SS502, A-JAX may follow in the foot steps of SS501, with an R&B sound. DSP has always been particularly talented when it comes to R&B; even KARA debuted with an R&B song, although they quickly abandoned that idea and moved into the current trend, namely Dance-Pop. Should A-JAX’s debut sound “fail,” expect a quick change to Dance-pop, if it’s not already that.

A-JAX debuts sometime in May, but do you think they have the chops to dominate the industry?