How Sexy is Too Sexy? 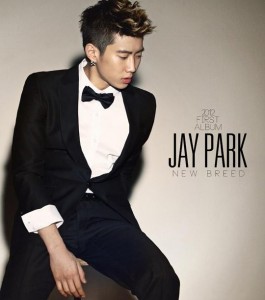 It’s common knowledge that major Korean TV stations such as KBS, SBS, and MBC are notorious for exerting considerable amounts of control over the amount of sexiness in K-pop artists’ performances. They can force an artist to change his or her (or their, in the case of Hyuna and Hyunseung) choreography with the threat of not airing their songs. But at the same time, I’ve seen artists take to the stage with some seriously risque routines. So how exactly do those TV stations determine what’s appropriate enough to air and what’s so sexy that Korean grandmothers will have to cover their eyes in shame (along with their grandchildren’s) if they see it?

To my knowledge, South Korea is typically pretty conservative when compared to the United States. Here in America, many are used to seeing Lady Gaga practically naked, sometimes tied to a bed, and surrounded by scantily-clad, expressionless young men in her music videos. It takes a lot for me to think that something is too sexy, just because of all the exposure I’ve already accumulated from American pop culture before becoming a K-pop fan. I don’t know how it is for others, but I have never felt offended by the “sexiness” of a banned K-pop performance.

Perhaps the most recent case of altered choreography due to complaints from the audience about its sexiness is that of Jay Park‘s “Know Your Name“. I actually pulled up the performance after I read about it online and sat down to watch the whole thing. It took about half the performance for me to realize why it was banned — at one point during the song, Jay Park gets cozy with a female backup dancer. But if you look carefully enough, they hardly even touch each other during the dance sequence.

To be fair, Jay Park’s altered choreography was just as nice, and I’m relieved that he chose to alter the choreography though, instead of being turned away by the broadcasting stations. But this situation definitely shows the wide gap in what is considered too provocative in Korea and barely so in the United States. Not only does this show that Jay Park respects the mindsets of Korean fans (he’s from the United States, so I doubt that he thought the choreography was too provocative at all), but also his versatility as an artist. Even with a few steps taken out of his routine, he still rocked different stages after that initial performance. Thanks to that, the whole provocative choreography thing died down quickly. 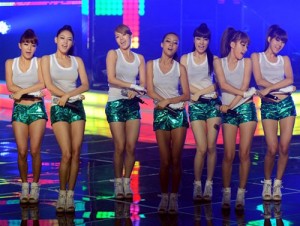 So what about girl groups? Do they come under fire for sexy choreography? Is that even a question that needs to be asked? Countless girl groups have been criticized for sexy choreography, but one in particular sticks out in my mind. In August of 2010, Rainbow released A, their comeback single. The choreography for A consisted of the ab-dance, which involved the girls lifting up their shirts to show a small strip of stomach during performances. This extremely sensual dance (sarcasm implied) caused Rainbow to be hit with an onslaught of criticism and DSP Media halted promotions only a month after the release of A, even though they released a statement earlier regarding the banning of A performances by many broadcasting companies.

I would argue that girl groups tend to get slammed more for mature choreography than boy groups though. Take 2PM, for example, who just love ripping off their shirts during performances (I’m not complaining.) In fact, 2PM’s performance isn’t complete without the removal of some articles of clothing. So why don’t they get ragged on about taking their shirts off and doing touchy-feely dances with female dancers? During their MBC Gayo Daejun segment last year, 2PM performed Back to You. There was shirt-ripping, lots of hip thrusts, dim lighting (my theory for that is that MBC wanted innocent children to have a hard time seeing the performance,) and female dancers clad in booty shorts (gasp!) involved.

The argument for allowing male groups to keep their suggestive performances while banning the suggestive dances of girl groups is a logical one, however. It may not seem fair, but many companies are concerned about the safety of their female groups. A 40-year old man who lusts after 20-year old girls is certainly more dangerous than an “ahjumma” fan. Companies don’t want to put the members of their girl groups in danger by giving them too suggestive of a dance routine. At the same time, however, they have to place a certain amount of sex appeal in their performances and songs to keep fanboys interested. It’s a tricky business. 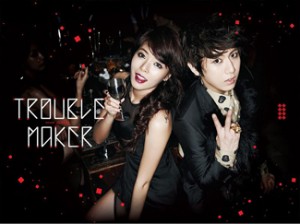 But things definitely get complicated when you put a guy and a girl together and force them to perform. Last December, Cube Entertainment debuted their highly-anticipated co-ed subunit, Trouble Maker, featuring Hyuna from 4Minute and Hyunseung from BEAST. It was genius — Hyuna had enough sex appeal and stage presence for both of them while Hyunseung took the reins with his vocals. It was like Cube Entertainment used a recipe to create the perfect subunit: a girl who can strut her stuff confidently, a guy who can sing, and TONS of sexiness. Bam. The K-pop world didn’t even know what it had been hit with.

All joking aside though, the choreography for “Trouble Maker” was possibly one of the most provocative I’ve seen so far in K-pop. I went on an emotional rollercoaster while watching their performances, alternating between amazement at how bold Cube was (having Hyunseung get so handsy with Hyuna onstage) and amusement at their sometimes-awkwardness, which got better later on after they altered the choreography a little. They put on a smoking (and awkward) performance at MBC’s Gayo Daejun last year, complete with Hyuna practically sitting on Hyunseung’s lap while he smoldered at the audience with an “Am I a boss or what” expression.

It seems like Hyuna is the one exception though, out of almost all the female artists, who gets away with some extremely provocative performances. I’m not sure why that is, especially since she’s still pretty young compared with other female artists, but it seems like a trend. I’ve come to believe that it’s because she knows how to balance her cute personality with her sexy performances — Bubble Pop had some very suggestive dance steps during the dubstep breakdown, but it was a cute song overall so no one really called her out on it. On the other hand, her earlier single, Change, did get banned from broadcast so Cube has pulled back a little with giving her such blatantly mature choreography.

I’m still baffled as to how broadcasting companies (and fans, for that matter) decide when a performance is too sexy and when it’s okay for airing. I don’t think I’ll ever understand it either just because of the cultural differences there are between South Korea and the United States, but that’s fine. As long as there’s YouTube, it’s okay for us less-easily-offended fans to pull up performances of our favorite boy and girl groups breaking a few taboos with some questionable (and enjoyable) choreography.