K-pop Voting Frenzy: Why, oh why?

This post isn’t a statement of opinion as much as it is a question. I’ve spent quite some time in K-pop, and while I admit that I’ve become rather jaded in regards to fanatical K-pop fandom as a whole, there’s still one thing that continues to puzzle me: voting. Or rather, why are polls so important to fans, and why are fans seemingly obsessed with doing whatever it takes to push their bias group to the top? 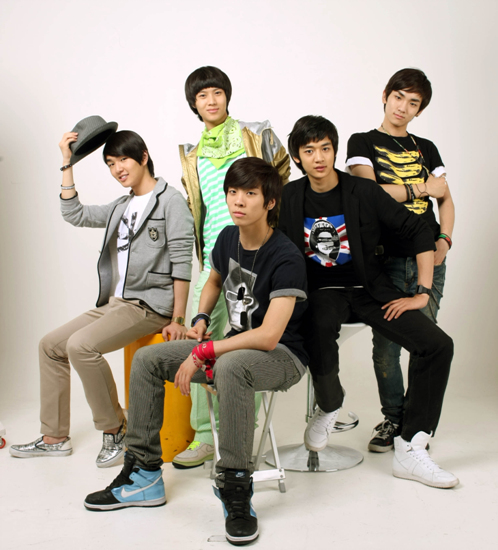 There’s a little bit of meta in this, as our own set of polls here at Seoulbeats seems to have attracted quite a bit of attention from the non-Seoulbeater fan constituency — that is, the part of the K-pop world who, as aforementioned, view these polls not necessarily as a measure of popular opinion, but rather as an opportunity to carve another victory notch into the reputation of their K-pop bias. The fervency with which fans have been voting for their choice of “Perfect Leader/Singer/Dancer/Rapper” is alarming, to say the least, and one has to wonder exactly how a fan plans on reveling in a victory that, empirically speaking, holds absolutely no real significance. But looking at the rest of the K-pop world, it’s easy to see that our Seoulbeats poll is one among many, all of which receive virtually the same exact treatment by K-pop fans everywhere.

The frenzy surrounding these polls can be quite staggering. As seen in our most recent polls at Seoulbeats, it seems that once word of a certain poll reaches a specific fandom, members of that fandom begin swarming to the poll and casting their votes, hoping to see their bias rise to the top. This seems to be especially prevalent in Asian fandoms, particularly in Korea and China — a quick glance around K-pop fandom hubs like Baidu or Shakizi reveals tons of message boards encouraging fans of a certain artist to vote for the latest online poll. Many of these board messages hold little to no real discussion over the purpose of the poll itself, with most replies consisting of a simple “Voted!” message. Other times, users ask if the poll allows unlimited voting, to which other users provide instructions on how to bypass IP restrictions, thus allowing votes to be counted an infinite amount of times. But overall, there seems to be little interest over the actual content or purpose of the poll — that is, apart from the winner.

There are times when maniacal fan voting can be understandable — it seems as if ELFs everywhere have been obsessed with helping Super Junior win the Golden Disk Awards, as well as every other major end-of-year music award decision that is influenced by fan participation. In this case, the motives are clear: who doesn’t want their favorite group to win a major award? What kind of fan wouldn’t want that for their bias group, and what kind of fan wouldn’t do everything in their power to help that group win that award? A bad fan, that’s what. In the end, Super Junior emerged victorious this year, with dozens of different awards given by different establishments — all with the help of an ELF army that worked with a simple goal: Win.

But even so, it doesn’t explain why fans are so committed to winning these polls on behalf of their favorite idols. No one has enough waking hours to invest in voting in meaningless K-pop polls, especially when this voting involves illegitimate ways of gaining votes through IP hacking. On top of that, many fans keep track of multiple polls at the same time, voting in all of them with equal fervency. Does the sting of having one’s bias lose in a meaningless poll really hurt that much? I don’t get it, guys. Please, someone explain this to me so that I can sleep a little easier at night — or rather, a little easier than the fans who are probably sacrificing sleep and sanity whilst duking it out on the polls.