The Brown Eyed Girls are back with their new single, Cleansing Cream, the title song for their latest repackaged album. Our very own Subi recently wrote a fantastic article discussing her interpretation of the music video, as well as the idea that makeup is used as a symbol of transition into womanhood:

“From the outstanding outfit, the magnificent make up, and the absolutely appealing appearance, every female goes through a point in her life where she picks the clothes, the hair, the make up that draws a mask over who you are and presents you the way you wish, the way you desire.”

Like Subi, I also believe that the girl and the woman in the music video are one and the same. However, after reading through the translated lyrics, it occurred to me that the song is actually about the aftermath of a break-up, and how a woman struggles to move on with her life without her lover. Instead of the two main characters being coexisting older and younger versions herself, my interpretation is that the two split personas actually have the same physical age, but are at varying levels of maturity in relation to love.

The woman in makeup puts on a strong exterior image after the break-up. If you notice, she’s actively trying to ignore the ‘memory’ of the man in the room. She sleeps while turned away from him on the bed, puts on makeup in her room while ignoring his presence behind her (although she can see him in her mirror), and doesn’t talk to him at the table. Meanwhile, the girl is actually the woman on the inside (or underneath all the makeup), emotionally confused, and groping blindly around for any feeling from the past to anchor herself to the only world she knows: a world with the man still in her life. She reaches out to touch his face while he sleeps, reaches out to touch him as he sits in the room reading the newspaper, and if she isn’t able to locate him, she sits in the closet smelling his clothes. 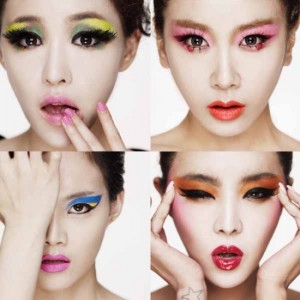 The woman is trying hard to keep these two parts of herself separate, wanting to hide her debilitated and emotional side from both the public, and herself. Her mature and polished appearance is cold and numb, but in control.

In the end, however, you see that in fact she cannot keep up the denial of her yearning. Throughout the whole MV, the girl is not only trying to reach out to the man, but trying to reach out to the woman as well. Because she isn’t able to make sense of her world, she repeatedly asks the woman (in the lyrics) why she is feeling this way and what she should do. And while the woman is constantly observing the girl, she refuses to address the weak side of herself, ignoring and leaving the girl to blindly figure out how to move on in the unfamiliar and empty world on her own.

When she sees the results of the girl’s clumsy attempt to put on makeup (as a means to emulate the woman and show maturity), the woman sees a garish parody of her own self, who secretly stays up at night trying to hold back tears. She then loses patience and becomes angry at the girl for trying to climb her way into the woman’s reality in such a clumsy and embarrassing manner. They engage in a struggle in the shower where the woman tries to wash the makeup off the girl, but in the end, she finally breaks down and begins to accept that she and the girl are in fact the same person, feeling the same feelings. After she nearly drowns the girl in the bathtub, their eyes connect, and the woman then realizes that ignoring her hurting self won’t make it go away, and that instead, she should be nurturing and guiding her inner self in the right direction.

It’s important to note that the man plays a very passive role in the music video. Like the girl, he doesn’t really exist on the physical plane of reality. While sleeping, he isn’t even aware that the girl is yearning to touch him. While reading the newspaper, his only response to her touch is a perplexed and confused glance. The woman is aware that the memory of the man is only a shell, and that he has already forgotten about her and moved on. Even in the last scene, when the woman and the girl are struggling in the bathroom, the man is only mildly concerned (after seeing a crack in the woman’s strong facade), and doesn’t (and cannot) do anything beyond ineffectually trying the doorknob and giving up. In the end, it is not up to the man to solve the conflict; the only person capable of saving the girl is the woman herself.

So which side of the woman is more mature? The side that masks away her yearning because she knows she needs to move on, or the side that doesn’t deny her true feelings but is unable to come to terms with reality? The final struggle in the music video suggests that even if it is draining, both sides need to eventually find their way towards each other: to accept one’s inner feelings, but at the same time, to also be conscious and aware of the real and current situation. It is only after the woman acknowledges the girl that they are both forced to come to terms with different aspects of reality.

I’m loving both the music video and the song. The acting was excellent, and I also find it particularly fitting that maknae Ga-in sings most of the song, since it’s mostly written in the voice of the girl trying to ask her ‘unni’ (whether it be literal or figurative) for advice. She also has the kind of soft and husky voice that is more suited for the song verses than say, JeA‘s powerful voice in the chorus.

One final thing I’d like to point out is that the song makes me realize the relative spectrum of importance to unimportance of lyrics in K-pop these days. Most of the time when I’m checking out new K-pop material, I don’t even bother looking up the lyrics because they seem inconsequential or self-explanatory (the same generic storylines or lack-thereof). Most songs produced by the pop machine aren’t out to deliver deep meanings, and the lyrics seem to be an afterthought to the commercial success of a certain ‘hook’, and ‘look’. Sometimes the media even validates my suspicions, such as when f(x) outright revealed in an interview that they themselves had no idea what the lyrics in NU ABO meant.

However, sometimes we do underestimate the significance of lyrics in K-pop songs (and yes, I am aware that BEG is technically not an idol group… but I still would categorize their music under K-pop). If I hadn’t deliberately gone out of my way to look up the lyric translations to Cleansing Cream, I would have assumed (from only watching the video) that the song was a commentary on womanhood in the context of a younger girl trying to mature and steal a man away from an older sister figure (as ‘unni’ is one of those few Korean catchphrases that us non-Korean speakers actually recognize). Since we are increasingly becoming reliant on music videos to deliver the message of the song, I realize that there are a lot of things that can be lost in translation for international fans. For some songs, the lyrics really are inconsequential. However, I am sure there are a few out there that we have overlooked simply out of the fact that we cannot understand, or be bothered to understand what they are singing about. 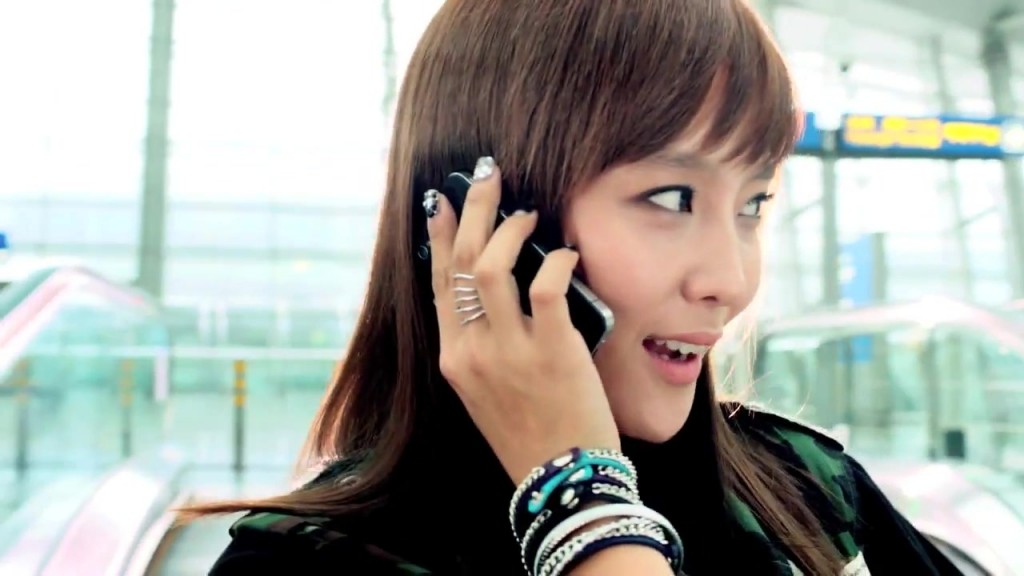 One example that I can think of is Dana & Sunday‘s One More Chance. When it first came out, I remember being all up in arms about the horribly processed material they had been given (SM— notorious for putting great talent to waste), and how lyrics like “I don’t want a small glass of Soju, it makes my face look bigger” were degrading to women. It was only recently that I realized that the song was actually meant to empower women by providing a sarcastic and snarky social commentary on female stereotypes in Korea. So snarky, in fact, that some Koreans felt uncomfortable listening to the song on the radio in their cars. However, since the song title and music video did little to explicitly bring across the points in the song, much of this was lost upon translation to an international audience. It makes me wonder – what other things are distorted and lost in translation on its way out of Korea and into international eyes and ears?

In the face of this — it makes me think that perhaps the success of K-pop acts overseas is partly attributed to the fact that they tend to rely on generic scenarios or gimmicky, easily-understood themes that lend a certain kind of universality to the material. For international fans (and especially teens) looking for a quick fix of eye candy from their favorite idols, it doesn’t matter that they don’t understand the song lyrics, if the lyrics are inconsequential in the first place. It may be sad (in the context of advancing real, meaningful music), but it certainly seems to be one way of gaining a ticket to international success.

What are your thoughts on the music video, and the larger context of meaning in pop music as a whole?