The Oricon Chart And The Meaning Behind Being #1 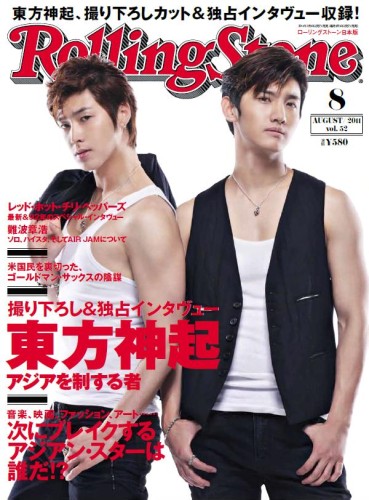 The Oricon Chart is a well-known ranking of the latest and most popular music in Japan and also a major avenue for determining a group’s success on the basis of music sales. Lately, it seems like we keep hearing about Hallyu act after Hallyu act gracing the tops of the charts, and while for some groups, #1 is a much expected title; for others, reaching #1 seems like a rather questionable accomplishment.

The influx of numerous Hallyu acts crowding the Japanese music market has caused many too assess what it means to be topping these Oricon charts, and question whether or not the #1 ranking actually boasts real significance anymore.

2NE1, Rainbow, SNSD, T-ara, Tohoshinki (DBSK), SHINee, After School, C.N. Blue, Infinite, 2PM, and MBLAQ are part the mainstream k-pop that has either returned or just debuted in Japan in the last year or so. For nearly all these groups, topping the Oricon is the name of the game, perhaps because it is among greatest indications of rising popularity in Japan. A group able to say they “topped the Oricon” would warrant an understanding of their prominence and apparent success in overseas activities. Many Japanese extensions or branches of Korean entertainment companies that handle the Hallyu acts are even known to place a majority of efforts into ‘Oricon’ marketing in order to propel groups down a direction on which they can claim a #1 title rather easily and then reap the rewards of recognition.

And that makes sense. K-pop groups slave away their lives promoting their music wherever they go, so topping any chart is a nice pat on the back as hard work finally goes recognized. But success on the Oricon has been skewed to alternative meaning now that it has become the objective of many k-pop groups gone j-pop. Many of us see a familiar name at the #1 spot and think, ‘damn, they must be doing well.’ Well, that’s not necessarily the case. We’ve got to look a little deeper.

For example, there has been some hype around 2NE1’s #1 spot on the Oricon chart a couple days ago. Now don’t get me wrong, I love 2NE1 as much as the next Blackjack, but a major component of the determining the Oricon ranking says, album sales, suggests that they are only average.

The week of their debut album’s release, 2NE1 sold 26,334 copies of NOLZA. This number, while still the  largest sale of that week, is not far above average album sales for any artist, which is usually between the 20,000-23,000 range. Now I’ll give kudos to the ladies for getting the spot, but one cannot ignore the fact that YGAvex so sneakily placed the album’s release during a time frame when other popular music was elsewhere, leaving the spot clear for the taking. Yes, this #1 spot, regardless of logistics, is going to boost 2NE1’s popularity, however, their achievements on the Oricon pale in comparison to other acts in Japan.

When SNSD, known as Shoujo Jidai in Japan, dropped their first remake album Girl’s Generation, they too took #1 on the Oricon. The only difference is that they sold 232,000 copies, more than eight times the average of albums sold. Tohoshinki’s latest album TONE sold 105, 486 albums in one day, practically reserving they duo’s spot at #1.  These two groups obviously command more popularity with their Japanese audiences, and thus more sales.

But, does that mean Shoujo Jidai and Tohoshinki’s succss can be logically compared to that of 2NE1? All three have been at the top of the Oricon, however a more sensible way of comparing relative success (album sales) deems all three separate wins of different magnitude. That understood, aren’t all three wins representative of a great variance in the types of success? Can they even be fairly scrutinized on the same level?

The difference in album sales for the #1 spot highlights speak more to the success of a Hallyu act than perhaps the #1 title itself. While groups continue to pursue Oricon rankings as they escape to Japan, we may be forced to reevaluate the meaning of #1. Though I’m sure each and every k-pop group will boast of their #1 spots in some way or another, we cannot forget that the gravity of their sales may not truly attest to a prominent standing. Sales will always be the basis for assessing success, but when and how sales are made will definitely change the way those sales are perceived.

In Japan, the Oricon chart carries heavy influence in the music industry, so even if a group barely makes a dent in and nabs #1, the fame of the achievement will outlast the numbers behind it. And that leaves it up to us to determine where that achievement truly stands.