Reveal Your Fresh Face!: The Phenomenon Behind Going Bare 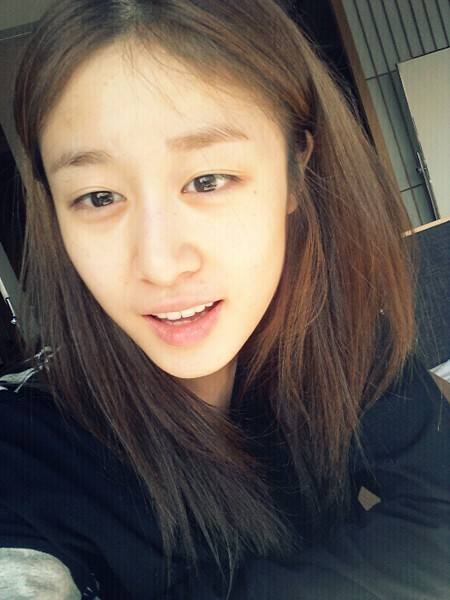 As much as I like kpop culture (and the controversy) that surrounds it, there’s always something about it that I find either concerning, confusing or just plain amusing. Unlike many die-hard fans, I know the industry’s not infallible and there’s always something odd or out there about it. One aspect that’s always seen but never really discussed are the fascination with “no-makeup” fresh face selcas done by female Kpop idols.

This is a huge phenomenon in Kpop, but it’s surprisingly done in a mostly positive fashion. It certainly helps to further separate the industry from other similar markets around the world. Culture always plays a factor, but I like to think of it as a small, optimistic step in the right direction. But what about music industries and celebrities in other parts of the globe? Since I’m most familiar with the US market, let’s compare that.

Here in the good ol’ U. S. of A., going bare face usually comes loaded with embarrassment, as these celebrities very rarely, if ever, take pictures without makeup. Paparazzi who try to catch them bare faced do so with the intention of humiliating them on tabloids or online, complete with ridicule and shame. “Let’s see how bad her skin really is, or how baggy her undereyes are. Notice how many wrinkles she really has without the layers of foundation?! GROSS!” It’s actually very catty and awful, but the general population lap it up anyway. In turn, it forces those celebrities to always look their best in public no matter what, even if they’re just running an errand or going to the gym. Standards go up, hence the stain of disgrace will never completely go away. Here are some prime examples.  Tabloids like to call it “getting caught” , as if going bare faced is taboo. Around here, it sure feels like it.

Basically, if you’re a female celebrity and popular in the US, you’d better do your face and hair before stepping outside because “getting caught” without being a perfect 10 means you’re doomed to be the laughingstock for about a week. Said pictures will circulate forever online and someone will always bring it up, or at least place it in a video montage. Makeup’s a part of their lives whether they like it or not, regardless of being in their off-time. I know after seeing the reaction to these images, I’m grateful I can walk down the road without makeup on and not give a damn about it. I’m sure you might feel a little sympathetic to them as well – beyond the status, they’re still people, too. 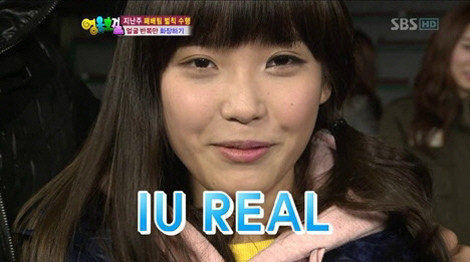 However, in Korea and Kpop in general, going bare faced isn’t seen as humiliating. In fact, most of the public fresh face pictures are shot by the artists themselves! They take selcas and post them on their me2day blogs or Twitter pages, and usually accompany them with a cute expression and even cuter captions. Take a look at Jiyeon‘s latest bare faced selca. The reactions have been nothing but favorable. Whether it’s done to prove they’re natural beauties or just a trend they like to participate in, I can’t see it as bad or demeaning. I also honestly can’t remember the last time some crazy paparazzi took snapshots of a bare faced female Kpop idol on the street with the intention of making her look bad. Or, maybe the intention is there, but the feedback’s still positive. Ultimately, the reactions make all the difference with the stigma of going au naturel as a celebrity.

Netizens and fans alike are left to judge their appearance without makeup (I’m sure these idols invite such criticism), and for the most part it’s upbeat, uplifting and encouraging. It’s natural to want to see your favorite idol without her “face” on – doing so likens the image to seeing them as normal people like you and I, someone approachable. They seem more down-to-earth, likable, humble, and real. The makeup represents their star-studded lifestyle and career as famous celebrities, where the standards are held much higher. Of course, it helps that the majority of these idols are already gorgeous to begin with, but catching a bare faced picture is always a special treat. Plenty of Korean (and Kpop fan) websites even report such pictures as actual news. Sure, there are “bad” selcas and quite a few haters who tear down those that don’t suit their specific (and frankly, creepy) requirements for fresh faced beauty, but the overwhelming majority of feedback and overall perspective on the trend is very praiseworthy.

The cultural divide is intriguing and always a source of research for me. Most reporters love to focus only on the negative side of this line, claiming pessimism no matter whose opinion it is. But every so often, we can take a step back and look at the bigger picture, and notice that it really isn’t all that bad. There’s still a silver lining with every cloud, and it’s usually not that funky eyeliner.