Things got a little crazy in the last round. It was a tight race between Changmin (DBSK) and TOP (Big Bang) and some fangirl nerves were frazzled, and eventually, Jay‘s fans got a fair bit of play. After much enthusiasm, the winner of the second round of Seoulbeats’ Ideal Type World Cup is…[drumrolls]…

I must say, I’m very surprised at Heechul’s standing. I was under the impression that he had a relatively large fanbase internationally, despite being a member of such a large group, but maybe I was wrong. Guess I shouldn’t underestimate the way Cassies and VIPs mobilize.

This week, we bring you a few other faces. Who will it be this time? 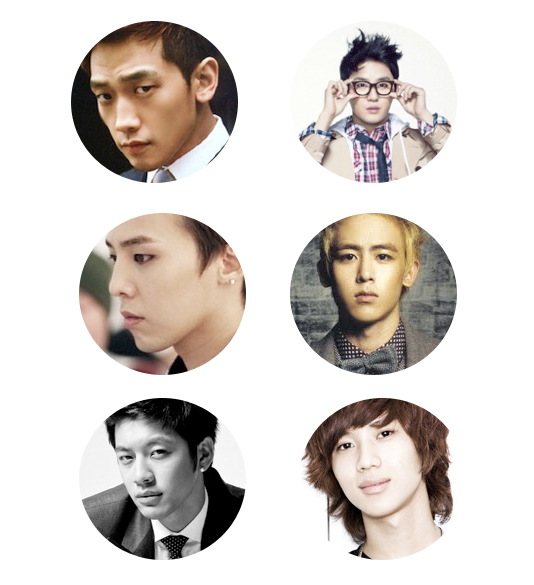 From top to bottom, left to right:

This one is a toughie. What’s your choice?

Remember again: please stay civil. This is based on your ideal Kpop guy and it’s supposed to be fun. Let’s not attack others for their tastes. That would effectively negate the fun.