5 Things I LOVED in Kpop this Week

You love Kpop, I love Kpop, if we didn’t we wouldn’t be here right now.  There are moments though, that stand out above the rest each week and make a Kpop fan giddy with glee and squeal with delight.  It could be the comeback of a favorite group, a great moment in your favorite Kdrama or variety show, some delicious dish you saw your favorite Kcelebrity eating that made you want to run out to your nearest Korean restaurant, a great new photo shoot, an awesome performance at a concert or show, or some fabulous new fashion that you just must have.  These are the 5 things that happened in Kpop this past week that I think were just a little bit more special than the rest.

The return of F.T. Island

While you always like to see your fave artists branching out and succeeding in other countries, it’s even better seeing them back where they belong.  With their new song “Love, Love, Love” off of their new mini album Beautiful Journey, F.T. Island returns to Kpop.

Lee Hong-ki has finally got rid of his “Jeremy” hair, but the first thing that came to mind when I saw him with his new hairdo was that he looked a lot like Jang Geun-suk.

The GuMiHo and the Gumiho Hunter observing humans 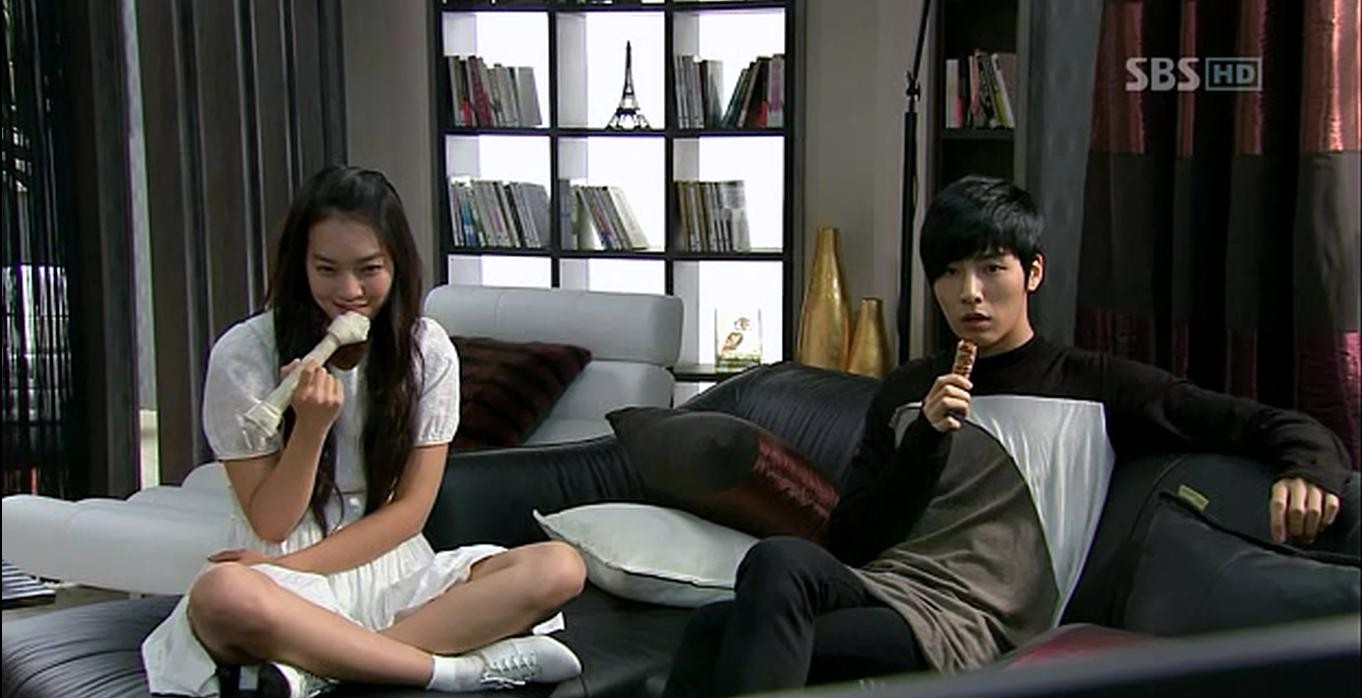 While My Girlfriend is a Gumiho doesn’t induce the fanaticism in me that You’re Beautiful did last year, I still look forward to watching it every week.  I didn’t know much about her before this drama, but now I LOVE Shin Mina.  Mina’s bewitching mix of innocence and enthusiasm for a human existence mixed with a fox’s wile in her portrayal of Mi-ho has made me a huge fan.  The interactions between Mi-ho and the good/evil and smexy gumiho hunter Dong-joo (played by Noh Min-woo another new fave) are always interesting, but their observation of humans by watching television in episode 5 was downright hilarious.  From Mi-ho’s  assertation that popping the soccer ball at the World Cup would be fun, to Dong-joo telling her that yelling at daughters-in-law is just what mothers-in-law do, to Dong-joo looking bothered while Mi-ho boasts that she knows that Bella and Edward were “mating” on screen was pure Hong Sisters’ gold.

T.O.P. and his Sugar Mama

Loved the photo shoot between T.O.P. and actress Lee Mi-sook for ELLE Korea, it was provocative and believable.  Props to T.O.P. for not being afraid to be his sexy self with a woman who although looks great, is old enough to be his mother. 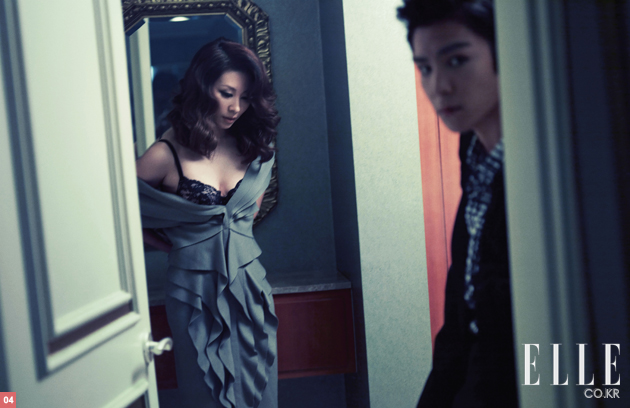 Taec, Junsu, Junho, Wooyoung, and Chansung joined the cast of Invincible Youth (minus Victoria and Hara who couldn’t make it and with Jea and Lizzy subbing in).  It’s always fun seeing city boys getting down and dirty on the farm, but seeing Jea and Jooyeon trying to help cook was almost funnier.  Here’s a clip of the boys entertaining the girls with some 2PM gems.

Those were my top 5 things in Kpop this week, were they yours?